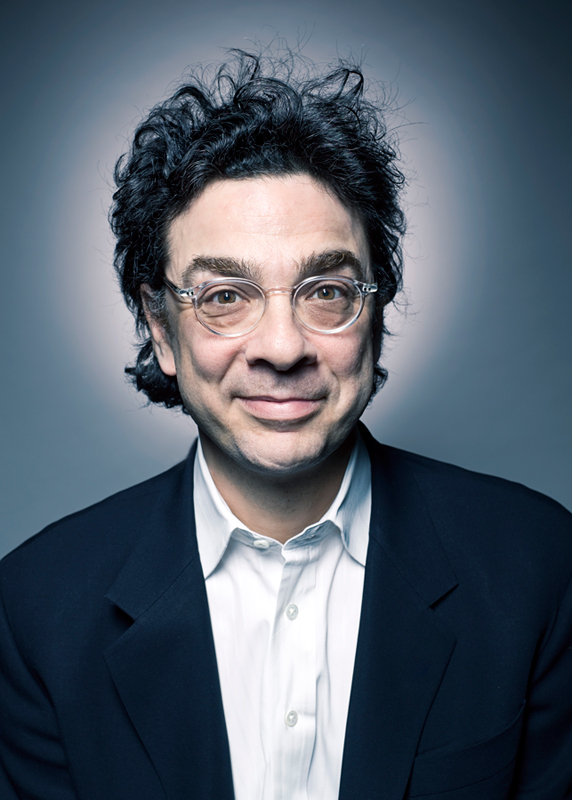 FREAKONOMICS RADIO to Launch This Fall

Will include regular features on Marketplace from APM, a weekly podcast, radio specials, and live events around the country

FREAKONOMICS RADIO will include radio, podcast, web and live event programming imbued with the best-selling book’s iconoclastic approach to everyday economics – an approach that has found new ways to catch terrorists (hint: they don’t buy life insurance), and found the answers to questions such as, “Which is more dangerous: a gun or a swimming pool?”

Launching this fall, the project will include exclusive biweekly features for APM’s weekday business program, Marketplace, and a new podcast exploring “what the hidden side of everything sounds like,” released initially as a biweekly offering, then as a weekly offering in early 2011. The audio content will be available on-demand at the project’s website, www.freakonomicsradio.com, and on iTunes. Mr. Dubner will continue to maintain, with co-author Steven Levitt, the Freakonomics blog on NYT.com, and Mr. Levitt will appear as an occasional guest on the FREAKONOMICS RADIO podcast.

Additionally, APM and NYPR will work with Mr. Dubner to produce and distribute five hour-long radio specials over the next year and present special live events in markets across the country.

The Marketplace features, the podcast, and the radio shows will be co-produced by WNYC and APM at WNYC’s studios in New York.  Marketplace programming airs on nearly 400 public radio stations around the country, including NYPR’s WNYC Radio in New York.

“My favorite part of writing has always been interviewing people,” said Stephen J. Dubner, “And now I get to do a lot more of it. I’ve loved radio ever since I was a kid, and I particularly love public radio for its smarts and reach. APM and WNYC represent the very best of public radio, and I’m thrilled to be working with them.”

“FREAKONOMICS RADIO is a great addition to the portfolio of WNYC productions,” said Dean Cappello.  “Stephen’s approach to such a timely and urgent topic joins Radiolab, On the Media, Studio 360, and The Takeaway in bringing audiences smart and provocative ideas in a high-personality form. We’re thrilled to be collaborating with him and the Marketplace team to extend his work to public radio and podcast audiences.”

“Stephen’s engaging take on the surprising truths behind everyday economic issues is a natural fit with the insightful approach Marketplace takes with business news,” said Judy McAlpine. “Nine million listeners turn to Marketplace programming each week for its practical perspective on what the news means for them.  We’re very excited to add FREAKONOMICS RADIO to the Marketplace/APM franchise, and look forward to a fruitful partnership with WNYC.”

Freakonomics: A Rogue Economist Explores the Hidden Side of Everything, by Stephen Dubner and Steven D. Levitt, is an international best-seller that won the inaugural Quill Award for best business book; was short-listed for the inaugural Financial Times/Goldman Sachs Business Book Award; received a Visionary Award from the National Council on Economic Education; was a BookSense Book of the Year; and was named a Notable Book of 2005 by The New York Times. In 2009, the authors published a follow-up, SuperFreakonomics: Global Cooling, Patriot Prostitutes, and Why Suicide Bombers Should Buy Health Insurance, which has also been an instant international best-seller. Together, Dubner and Levitt maintain the Freakonomics blog on the website of The New York Times, which has been hailed as “the most readable economics blog in the universe.”

American Public Media Group is the parent company of Minnesota Public Radio, a 39-station radio network serving virtually all of Minnesota and parts of surrounding states and home to the largest and most experienced radio newsroom in the Upper Midwest, and American Public Media, one of the largest producers of public radio programming in the world with a portfolio including A Prairie Home Companion®, Marketplace®, Performance Today®, The Splendid Table®, Being™, and American RadioWorks®. APMG is also the parent company of Southern California Public Radio in Los Angeles, Classical South Florida in Miami, the Fitzgerald Theater in St. Paul and the Greenspring Company in Minneapolis. APMG programming is heard by more than 16 million listeners on nearly 800 radio stations nationwide each week, and is supported financially by contributions from over 160,000 members. A complete list of stations, programs and additional services can be found at www.minnesotapublicradio.org and www.americanpublicmedia.org.