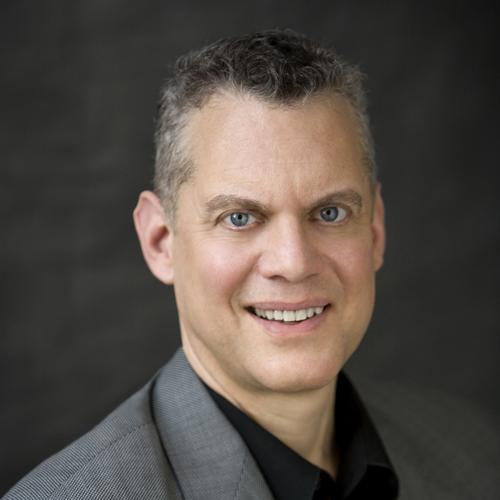 Steven Blier is the Artistic Director of The New York Festival of Song, which he co-founded in 1988 with Michael Barrett. Since the Festival’s inception he has programmed, performed, translated and annotated over one hundred vocal recitals with repertoire spanning the entire range of American song, art song from Schubert to Szymanowski, and popular song from early vaudeville to Lennon-McCartney. NYFOS has also made in-depth explorations of music from Spain, Latin America, Scandinavia and Russia.

Mr. Blier also enjoys an eminent career as an accompanist and vocal coach. In concert with Renée Fleming, he has performed throughout North America and Europe, including recitals at Carnegie Hall, La Scala, Milan, and a Live From Lincoln Center telecast. His collaboration with Cecilia Bartoli began in 1994, and has included an appearance at Carnegie Hall where Mr. Blier played both piano and harpsichord. Among the many other artists he has partnered are Samuel Ramey, Lorraine Hunt Lieberson, Susan Graham, Frederica von Stade, Jessye Norman, Wolfgang Holzmair, Susanne Mentzer, Sylvia McNair, José van Dam, and Arlene Augér. In keeping the traditions of American music alive, Mr. Blier has brought back to the stage many of the rarely heard songs of Gershwin, Harold Arlen, Kurt Weill and Cole Porter. He has also played ragtime, blues, and stride piano evenings with John Musto. A champion of American music, he has premiered works of John Corigliano, Paul Moravec, Ned Rorem, William Bolcom, John Musto, Richard Danielpour, Tobias Picker, Robert Beaser, Lowell Liebermann, and Lee Hoiby, many of which were commissioned by NYFOS.

Mr. Blier is on the faculty of The Juilliard School, and has been active in encouraging young recitalists at summer programs, including the Wolf Trap Opera Company and the San Francisco Opera Center. As a broadcaster and writer, he has appeared both as an essayist and quizmaster on the Metropolitan Opera broadcast intermissions. His writings on opera have been featured in recent issues of Opera News Magazine and the Yale Review. He has recently joined the artistic team at New York City Opera, where he is a consultant on casting. A native New Yorker, he received an Honors Degree in English Literature at Yale University, where he studied piano under Alexander Farkas. He completed his musical studies in New York with Martin Isepp and Paul Jacobs.

Steven Blier appears in the following: