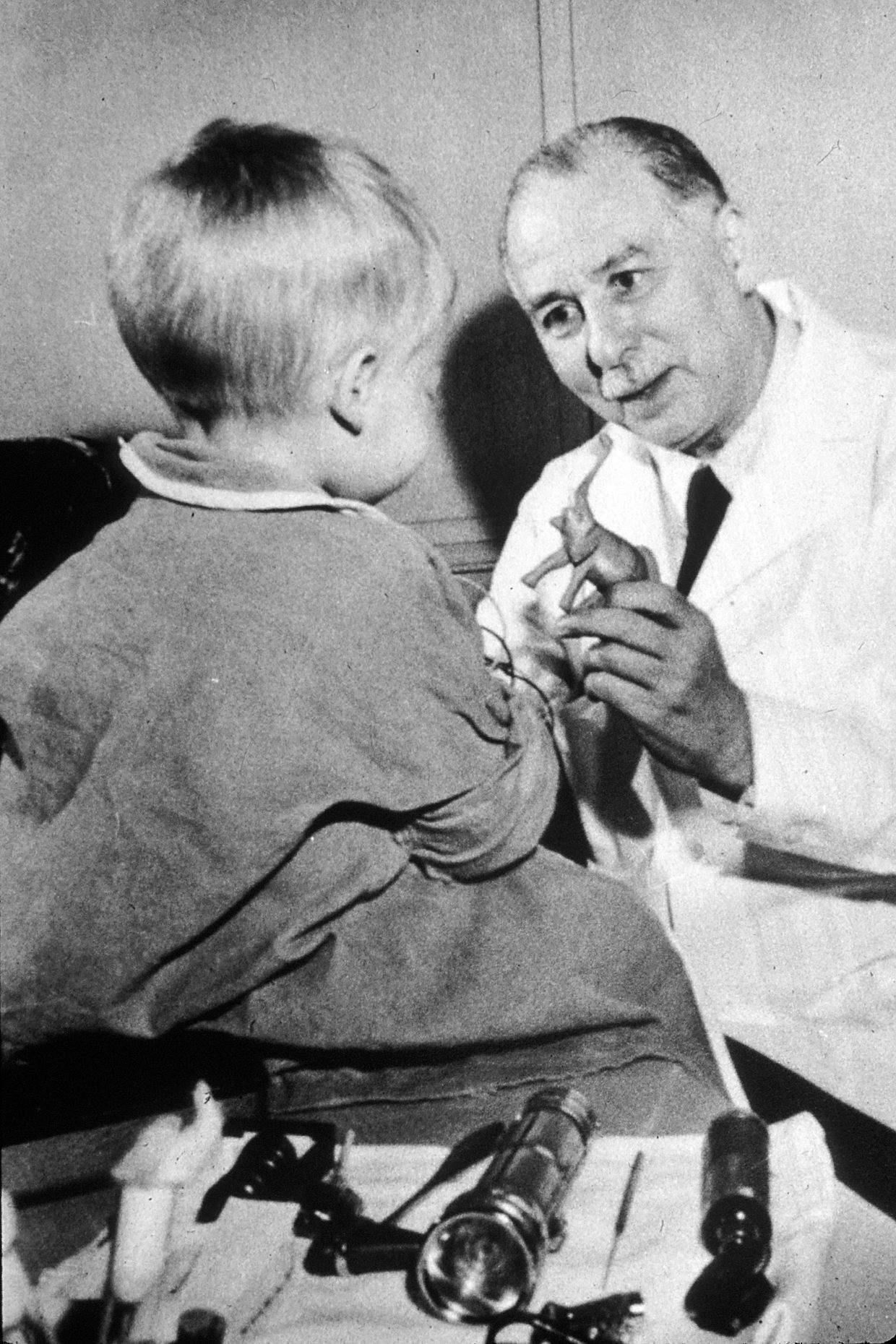 Sidney Farber (September 30, 1903—March 30, 1973) was born in Buffalo, New York and graduated from Harvard Medical School in 1927. Beginning in 1929 he researched childhood disorders and chemotherapy at Harvard and at Children's Hospital in Boston. Following his breakthrough 1948 article on leukemia Dr. Farber established the Children's Cancer Research Foundation, where he practiced the idea of "total care" for patients, while continuing to conduct research and advocate for more governmental funding. In 1955 he discovered that actinomycin D and radiation therapy could produce remission in Wilms' tumor, a pediatric cancer of the kidneys. Farber Hall at SUNY is named after him.

Sidney Farber appears in the following:

The luncheon begins with remarks from Senator-Elect Kennedy. He gives ...

Newer Agents in the Treatment of Acute Leukemia

How "biological antagonism" is helping in the fight against cancer.