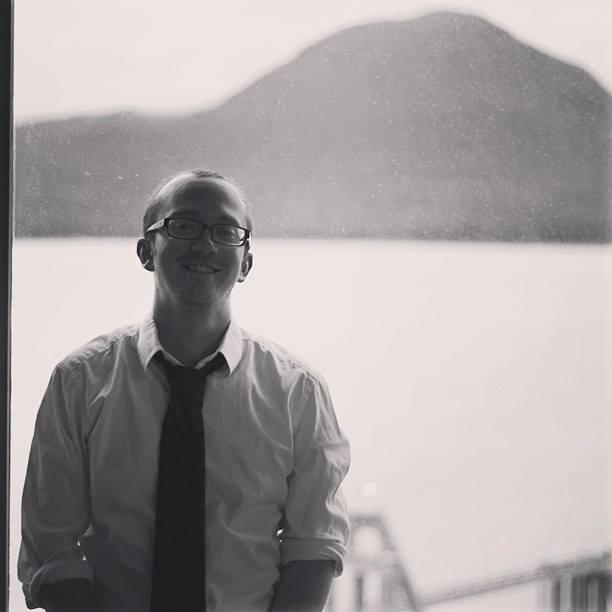 Before coming to New York Public Radio, Sean worked in print, online and radio news around the mid-Atlantic region and Alaska, covering topics including crime, culture and salmon. His investigative reporting and anchoring of election coverage has been recognized by the Society of Professional Journalists, the New York Press Association and the Delaware Press Association.

A New Jersey native, Sean lives in Brooklyn and spends his free time most likely burning something in the kitchen or exploring the unexplored corners of Prospect Park. He holds a B.A. from the New School University in Greenwich Village and an M.A. from the City University of New York Graduate School of Journalism.

Sean Carlson appears in the following:

For many U.S. immigrants and refugees, January 1st is more than just the start of the calendar new year.

New York Ends 2019 in a Week of Rampant Anti-Semitism

A week of anti-semitic attacks in New York City culminated in five people being stabbed at a Hanukkah party outside the city Saturday night.

That's 50 years longer than what was predicted just last year.

Film critic Rafer Guzman weighs in on some overlooked highlights from 2019, and also talks about his least favorite movies of the year.

"New Sounds" host John Schaefer stops by to talk about why most-listened-to lists allow music fans be their own critics.

Besides a multimillion dollar salary, returning coach Greg Schiano will get access to private planes and a country club membership.

The Balloons Flew At The Macy's Thanksgiving Day Parade, Albeit A Little Lower Than Usual

The annual Macy's Thanksgiving parade had no major problems Thursday with its big balloons despite windy conditions.

Who Is Congressman Jeff Van Drew, the New Jersey Democrat Who Voted Against the Impeachment Inquiry?

The Democratic congressman from New Jersey is getting national attention for voting no on the impeachment inquiry resolution.

It's the third time in six years that Rutgers coaches have been accused of abusive tactics.

A Reconfigured MoMA Showcases Hidden Gems From Its Collection

The iconic museum is expanding its definition of modern art beyond the Western canon.

Listen to Conference-Goers at Trump Resort Chant for “War!”

It’s the same conference that played a controversial video of a Trump avatar shooting political opponents and members of the media.

WNYC's Sean Carlson steps up to the buzzer for a special game show we put together called, Is It Recyclable?. Ever wonder about dental floss? Listen, laugh, and wonder no more.

Cuomo on Ammo Database: Show Me the Bill

The governor has touted New York's gun control laws as the "most aggressive" in the nation. He says an ammunition database has been delayed because implementation is "complicated."

The officer who appeared to apply a banned chokehold on Eric Garner five years ago remains on the force, and it's a flashpoint for Mayor, and presidential candidate, Bill de Blasio.

The Mayor Is Banning Glass and Steel Skyscrapers? Maybe Not So Much

As part of the mayor's DemocracyNYC initiative, public schools in the city will hold events and voter registration drives.

Hunger and Homelessness Can Be Hidden Costs of Higher Education

Recent reports suggest food and housing insecurity are more widespread at CUNY and SUNY schools than it may seem.

The tougher law would mandate more rigorous tracking of the cooling system apparatuses that can cause the potentially deadly pneumonia.