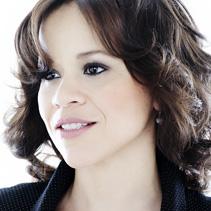 An Academy Award-nominated actress and Emmy Award-nominated choreographer, Rosie Perez continues to shine in her varied roles in front of the camera, as well as behind it. On the big screen, Perez has starred in comedic and dramatic roles with both ease and acclaim, including Fearless (which garnered her a Golden Globe and Academy Award nomination), Human Nature, Riding in Cars with Boys, Do the Right Thing, Night on Earth, White Men Can’t Jump, Untamed Heart, It Could Happen to You, A Brother’s Kiss, King of the Jungle, Somebody to Love, The 24-Hour Woman, Pineapple Express, and The Take. Her performance in Lackawanna Blues earned her a 2006 NAACP Image Award Nomination for "Outstanding Actress in a TV Movie, Mini-Series or Dramatic Special."

Perez made her Broadway debut in the hit revival of Terence McNally's Frankie & Johnnie in the Clair de Lune, and went on to star in Craig Lucas’ Reckless in Fall 2004.  She recently received rave reviews for her performance in The Ritz on Broadway.

Rosie Perez appears in the following:

What You Need to Know About the Women's March in NYC

The chief coordinator of the Women’s March on New York City discusses what to expect on Saturday.

Ahead of a new series on race, culture, and food, we're repeating Other People's Food. Actress Rosie Perez says she's fed up with stereotypes of her and her food.

A long-time boxing fan, actress Rosie Perez can often be found ringside — it's how she earned the nickname "The First Lady of Boxing." She remembers Muhammad Ali as he's laid to rest.

The actress says she's fed up with stereotypes of her and her food. And she tells the story of eating in Puerto Rico for the first time and thinking, "This is me."

During times of big change, family can keep us grounded. Meet the people who've played that role for Rosie Perez, Hari Kondabolu and Mahershala Ali, from our live show in Brooklyn.

Rosie Perez on How Brooklyn Has Changed

Rosie Perez was on the Leonard Lopate Show recently, talking about her memoir and her tumultuous childhood in Brooklyn. She also told us what she's a fan of that you might not expect.

Rosie Perez talks about the role food has had in her life. 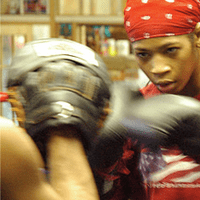 Women Box: Olympic Boxing is No Longer A Man’s Sport

Rosie Perez hosts an event to tell the story of a group of women who challenge the prevailing wisdom that girls don’t play rough.

Since last summer, there has been a sometimes violent standoff between students at the University of Puerto Rico and the government over an announced budget cut and an increase in tuition fees, but that may just be part of a wider pattern of First Amendment violations. Jennifer Turner, a Human Rights Researcher at the ACLU and Rosie Perez, who just returned from a fact-finding mission in Puerto Rico, describe how authorities have dealt with students, striking workers, journalists, and civilians in recent months.

Rosie Perez  joins us to discuss her charity, the Urban Arts Partnership, which is being featured on an upcoming episode of Cause Celeb on NBC. The show will focus on Fresh Prep, an innovative hip hop-based curriculum and teacher support program.

Actress and activist Rosie Perez and writer and filmmaker Nelson George discuss the importance of mom and pop shops, stoops, civic gathering places, and neighborhood character in a changing city.

Are old-timers getting younger? Writer Nelson George and actress Rosie Perez remember the way their Brooklyn neighborhoods used to be. Plus, the latest on the MTA bailout; keeping resolutions; Pakistan politics; billboard art; and the New Jersey gubernatorial race.

The Value of Arts Education

At a time when many arts programs in public schools are being cut, we look into whether arts education can help disadvantaged students improve their academic performance and their lives. Leonard talks to actor Rosie Perez, educator Herbert Kohl, and Tom Oppenheim, artistic director of the Stella Adler School of ...

Putting on the Ritz

Rosie Perez made her Broadway debut five years ago in Terence McNally's "Frankie and Johnny in the Clair de Lune." The Academy Award-nominated actress and the four-time Tony-winning playwright are back on Broadway this season with a revival of his 1975 hit “The Ritz,” a farce about a garbage man ...

Rosie Perez seems like the quintessential city-girl: streetwise, fast-talking, and quick on her feet. At least that’s what she’s like in her roles in films like Do the Right Thing, White Men Can’t Jump, The 24-Hour Woman, Riding in Cars With Boys, and It Could Happen to You. And she ...