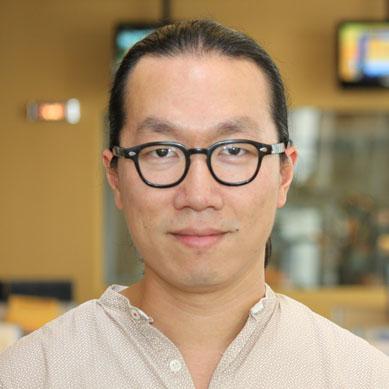 Richard Yeh oversees the daily broadcast of All Things Considered on WNYC, and directs the newsroom’s internship program. Since joining WNYC in 2007, he has produced for Morning Edition, the Takeaway, the New Yorker Radio Hour, and reported on immigrant communities in New York City. He also teaches audio journalism at Columbia and NYU. Previously, Richard worked at Independent Press-New York (renamed Voices of NY), InsideSchools.org, and NY1. He studied journalism at the City College of New York, and documentary photography at the International Center of Photography. A native of Taipei who has lived in Queens since 1992, he was a 2017 Bringing Home The World fellow at the International Center For Journalists.

Richard Yeh appears in the following:

'Time' Documents a Family With Father In Prison

The documentary “Time” focuses on Fox Rich, an ex-convict turned successful entrepreneur, as she raises her family and struggles to get her husband Rob freed from prison.

'Totally Under Control' Analyzes the U.S. Response to Covid-19

"Totally Under Control” takes a sobering look at why Covid-19 had a more devastating impact in the United States than in other countries.

In Search of 'The Latino Vote'

Trump Holds Fundraiser in New Jersey Despite Exposure to COVID

Attendees raise $5 million for the president's re-election campaign, and then learn they have been exposed to the virus.

Today WNYC Launched a new Race & Justice Unit. Jami Floyd drops by ATC to speak with Sean Carlson about what inspired the unit, and what reporting it will bring to WNYC.

Jami Floyd Leaves ATC For Next Mission At WNYC

After five years as the local host of All Things Considered on WNYC, Floyd will step into a new role at the station.

How Comedy Cuts Through The Root Of Systemic Racism

Dave Chappelle's "8:46" is the latest in a long tradition of Black comics who cut right to the root of systemic racism, said Mel Watkins.

Black Liberation Readings For All

The Schomburg Center for Research in Black Culture has curated a list with 95 titles.

All The Ways The NYPD Is Under Investigation for Protest Tactics

The state AG, the CCRB, mayoral appointees, and the NYPD's internal investigators are all looking into allegations of police violence during the protests. But what will come of it?

Two Music Executives Reflect On Race In Their Industry

Nabil Ayers is the U.S. General Manager for 4AD Records, and Ed Eckstine was the first black man to be named president of a major record label when he took over Mercury Records in 1986.

Vendors, house cleaners, restaurant workers and others are struggling to pay rent and eat. They are relying on a network of churches and community groups but say the help isn't enough.

A day after officers were called to break up a funeral that drew thousands, Commissioner Dermot Shea talks to WNYC about enforcement at a time when officers are getting sick.

It may be off brand, but ICE is releasing hundreds of local immigrants due to the coronavirus.

The Debate Over Face Masks and Coverings

Mayor Bill de Blasio pledged to come up with a plan to redirect resources and raise public awareness within the communities most affected by the disease.

Hospital Chaplains And Counselors Are Frontline Workers, Too

Hospitals are growing more tense by the day as the influx of severe coronavirus cases puts pressure on doctors, nurses, orderlies -- everyone in the health care system.

Governor Andrew Cuomo announced he will issue an executive order mandating hospitals to allow one "support person" in labor and delivery rooms.

Despite No Cases in NYC, Chinatown Businesses Suffer Amid Coronavirus Scare

Chinatown leaders and shop owners are begging New Yorkers to patronize their restaurants and shops after a weeks-long lull in business.