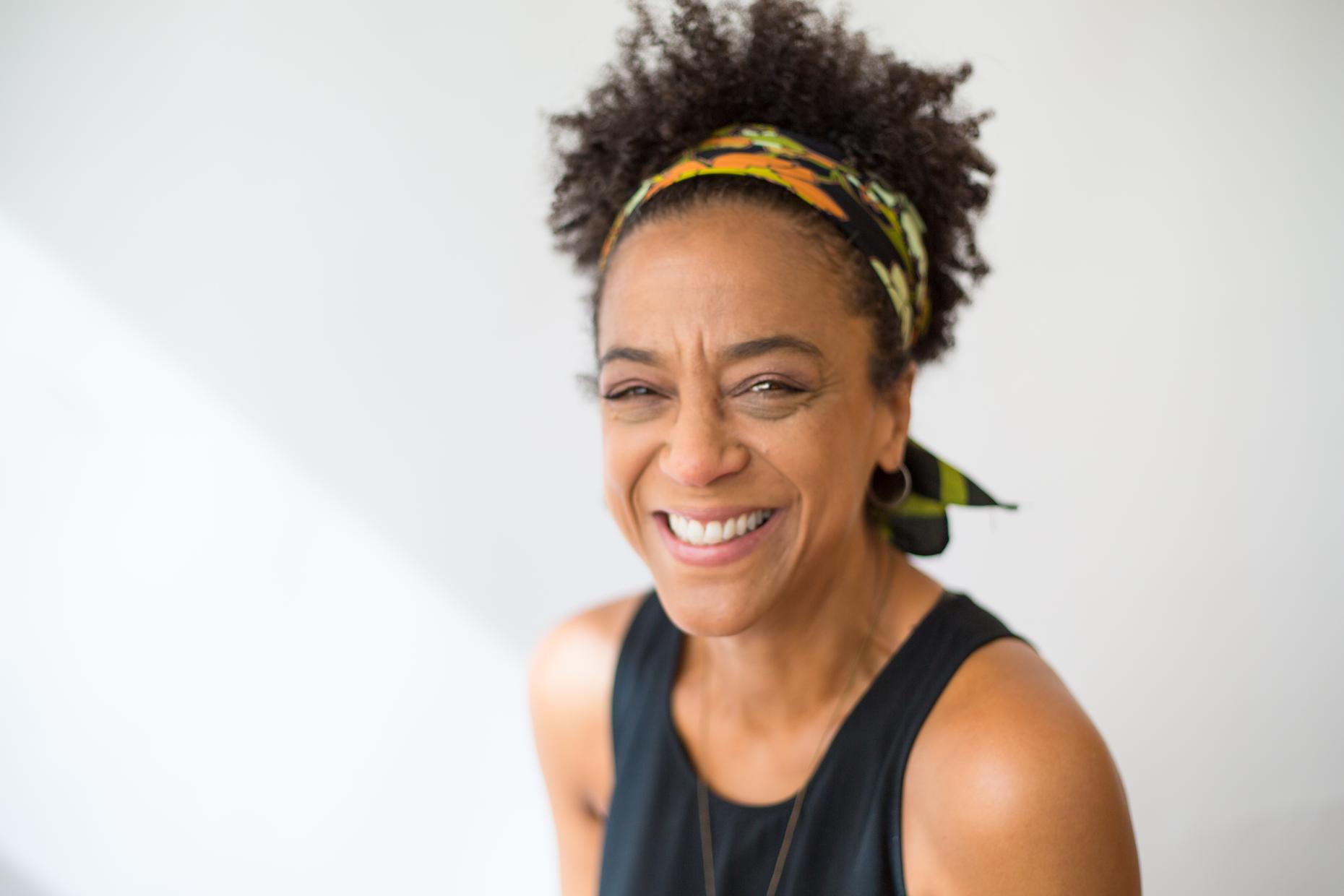 Rebecca Carroll is a cultural critic and Editor of Special Projects at WNYC, where she develops, produces and hosts a broad array of multi-platform content, including podcasts, live events and on-air broadcasts. Rebecca is also a critic at large for the Los Angeles Times, and a regular columnist at Shondaland and Gothamist. She is the author of several interview-based books about race and blackness in America, including the award-winning Sugar in the Raw, and her personal essays, cultural commentary and opinion pieces have been published widely.

Rebecca Carroll appears in the following:

How do you keep the faith when it feels like our country is falling apart? Host Rebecca Carroll turns to world famous Bishop T.D. Jakes for insight - and what he says will surprise you.

Epidemiologist Dr. Camara Jones studies how racism impacts the health of people of color. When she read the early COVID-19 reports, she knew what was coming next for black communities.

Introducing Come Through with Rebecca Carroll

New show alert! Listen to Come Through with Rebecca Carroll, featuring 15 essential conversations about race in a pivotal year for America.

'Come Through' with Rebecca Carroll

Rebecca Carroll, cultural critic at WNYC, joins us to discuss her new podcast, Come Through, which launches April 7.

The End of an Era for Feminist Blogs

Feministing, which paved the way for many other feminist sites, will shutter in the new year.

Repping the Shy, Quiet Black Girls Who Love to Read

Vashti Harrison writes and illustrates books to inspire young readers — and to showcase a different version of blackness.

Jamaican-American designer Damian Joel's "Songs of the Gullah" is a gender-neutral line of clothing inspired by the Gullah Geechee Nation.

Writing the Stories of Black Girls in America

In "Some Places More Than Others," Renee Watson helps black girls navigate the world around them.

Imagine being a young black male photojournalist and getting the opportunity to capture Barack Obama and his family in the White House. Lawrence Jackson did that.

"The Read" Comes To TV

Crissle West and Kid Fury are taking their beloved podcast to the small screen.

Antwaun Sargent Wants to Shift the Visual Narrative on Beauty

"The New Black Vanguard: Photography Between Art and Fashion" curates images from an informal movement of young black photographers.

Rebel: 'Always in Season' Explores the History of Lynching Through a Layered Lens

Filmmaker Jacqueline Olive's documentary "Always in Season" explores the history of lynching in America, and why it still matters that we talk about it today.

Walter Mosley Thinks Everyone Should Be Able to Say "N-----"

Free speech means some people are going to be uncomfortable, says the writer. "It should bother people. And that's why I said it."

Why Christina Coleman Shifted From Journalism To Politics

Telling the stories of black women is something Christina Coleman did for years as a journalist. Now she's doing it in a different arena — the 2020 presidential campaign.

In "Side By Side," filmmakers Glenn and Julie Morey share the stories of 100 South Korean adult adoptees. "The most commonly used phrase of all was, 'I was the only one.'"

Rebel: The 1619 Project Is Devastating and Invigorating

The 1619 Project from The New York Times marks the 400th anniversary of the beginning of the American Slave trade. WNYC's cultural critic Rebecca Carroll says it's long overdue.

The short film "FEVAH" screens at the 20th annual Latino Film Festival. In just 12 minutes, it serves as a reflection of New York City's cultural landscape.

New Film Documents the Artistic Vision of the Visually Impaired

Rodney Evans' "Vision Portraits" profiles four visually impaired artists -- including the filmmaker, who was diagnosed with a rare degenerative eye disease early in his career.

A New Directory Aims to Diversify the Podcast Industry

An acceptance speech citing the whiteness of the podcast industry became a call to action, and five audio producers of color responded by creating the POC In Audio directory.