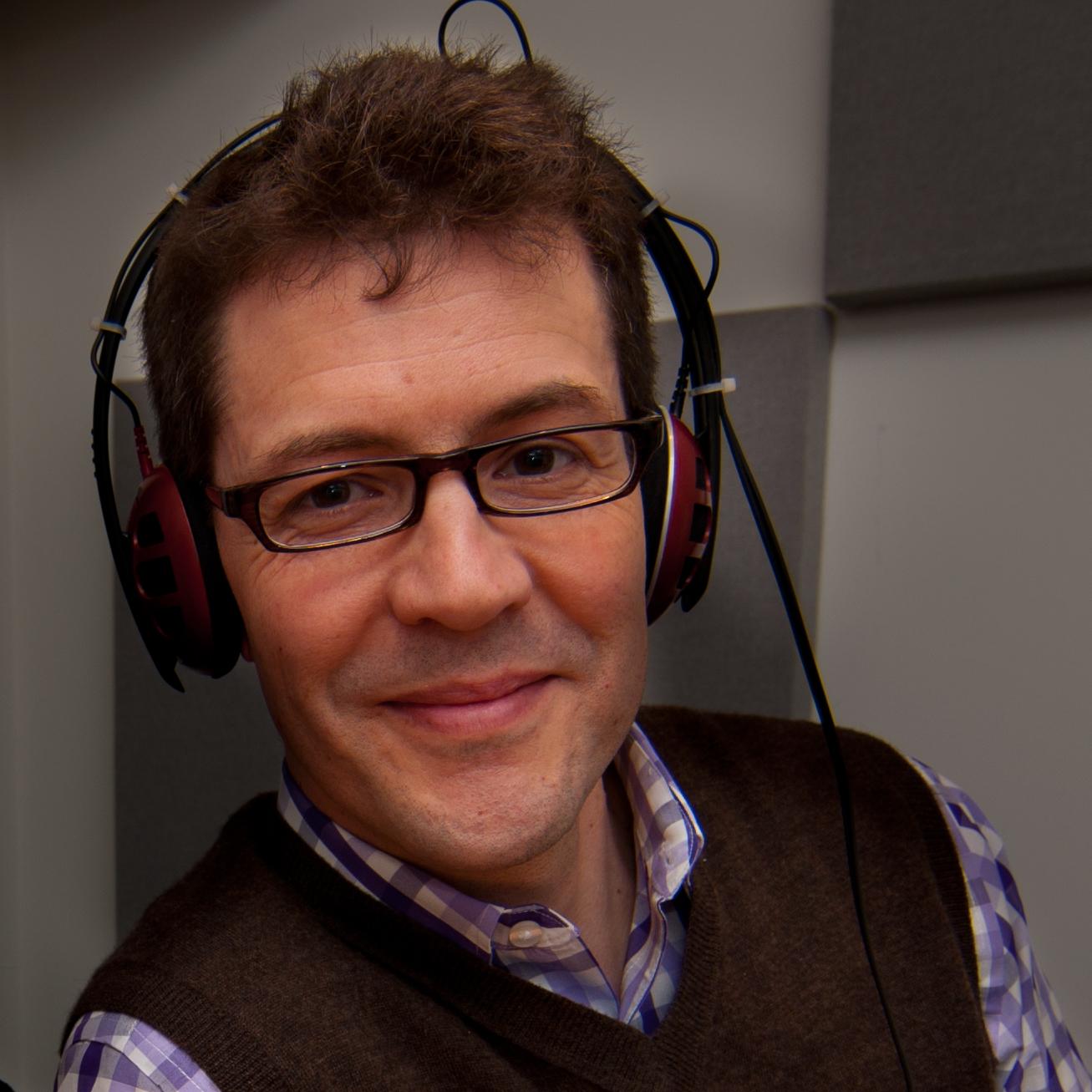 Rafer Guzman is the film critic for Newsday and The Takeaway, and a member of the New York Film Critics Circle. Rafer has also been heard on "Soundcheck," "The Brian Lehrer Show" and the New York broadcast of "All Things Considered." On television, he is a frequent guest on NY1's "Talking Pictures on Demand."

He was previously a staff writer at The Wall Street Journal, where he covered travel and tourism, before joining Newsday as a rock critic in 2002. He has written about music for publications small and large, including Rolling Stone, Blender, The San Francisco Bay Guardian, The East Bay Express, The Buffalo News, The San Jose Metro, the New Times papers and Option magazine.

Rafer earned a bachelor's degree in English from UC Berkeley and graduated with honors from Columbia University's School of Journalism. He lives in Brooklyn with his wife and two children.

Rafer Guzman appears in the following:

Film critic Rafer Guzman weighs in on some overlooked highlights from 2019, and also talks about his least favorite movies of the year.

The Takeaway speaks with Newsday’s Rafer Guzman and New York Magazine’s Alison Willmore about "Joker" and whether the outrage surrounding its release is overblown or justified.

Director Quentin Tarantino is out with a new movie that raises familiar questions about his treatment of women and female characters.

Rock and roll no longer rules the music charts, but "Bohemian Rhapsody," "Rocketman," and "Yesterday" have all found Hollywood looking back at the genre’s heyday.

Hollywood’s reliance on sequels and reboots has not succeeded with audiences this summer. The Takeaway looks at whether the film industry can turn things around in the coming months.

This Friday, Olivia Wilde's directorial debut, "Booksmart," hits theaters. It comes as part of a recent wave of teen movies that take a more modern look at high school relationships.

Indie Superhero Movies Face Off Against Blockbusters at the Box Office

"Avengers: Endgame" is expected to make more than $260 million this weekend. "Fast Color," an indie superhero movie that centers around women of color, has struggled to find an audience.

Is Jordan Peele's "Us" the First Marxist Horror Film?

Peele tackles race, class, and psycho-doppelgangers from a parallel universe in his follow-up to "Get Out."

Can 'Captain Marvel' Stand Up to Weighty Expectations?

'Captain Marvel' is the first movie from Marvel Studios to be headlined solely by a female superhero. The Takeaway speaks with two critics about whether the film lives up to the hype.

The film Green Book scored five Oscar nominations on Tuesday after winning the Producers Guild Award on Friday. But many people feel the film traffics in stereotypes.

The Takeaway's film critic runs through his movie highs and lows from 2018.

Turn On, Tune Out: Relaxing Movies and TV to Watch Over the Long Weekend

What can you watch this holiday season to forget about current events? Film critic Rafer Guzman joins The Takeaway to give his picks for relaxing things to check out.

Does "Bohemian Rhapsody" Do Freddie Mercury Justice as a Queer Icon?

The Takeaway explores how the new bio-pic "Bohemian Rhapsody," tells the story of Freddie Mercury’s life, music, and sexuality.

"First Man" Tells a Story of American Exceptionalism. Is it Still Relevant in 2018?

Rewatching Teen Flicks of the 80s with Modern Eyes

What were teenagers like Brett Kavanaugh watching in the 80s? Many of the popular films of that time normalize rape culture.

"Crazy Rich Asians," one of the most talked about movies of the summer, is out today. The Takeaway gives its review.

Black Lives at the Multiplex

This week's culture roundup looks at "Sorry to Bother You," "Blindspotting," and "BlacKkKlansman," three new films explicitly focused on issues of racism and black life.

The State of Onscreen Representation for the Disabled Community

This Friday, there are two films coming out that feature individuals with disabilities. Both continue Hollywood's trend of casting big name, able-bodied stars as disabled characters.

Hollywood Goes to the U.S.-Mexico Border

In this week’s look at the movies, shows and music people are talking about, we discuss the sequel to "Sicario," which portrays the drug war on the U.S. Mexico border.

A Cultural Roundup of the Horror Film Genre