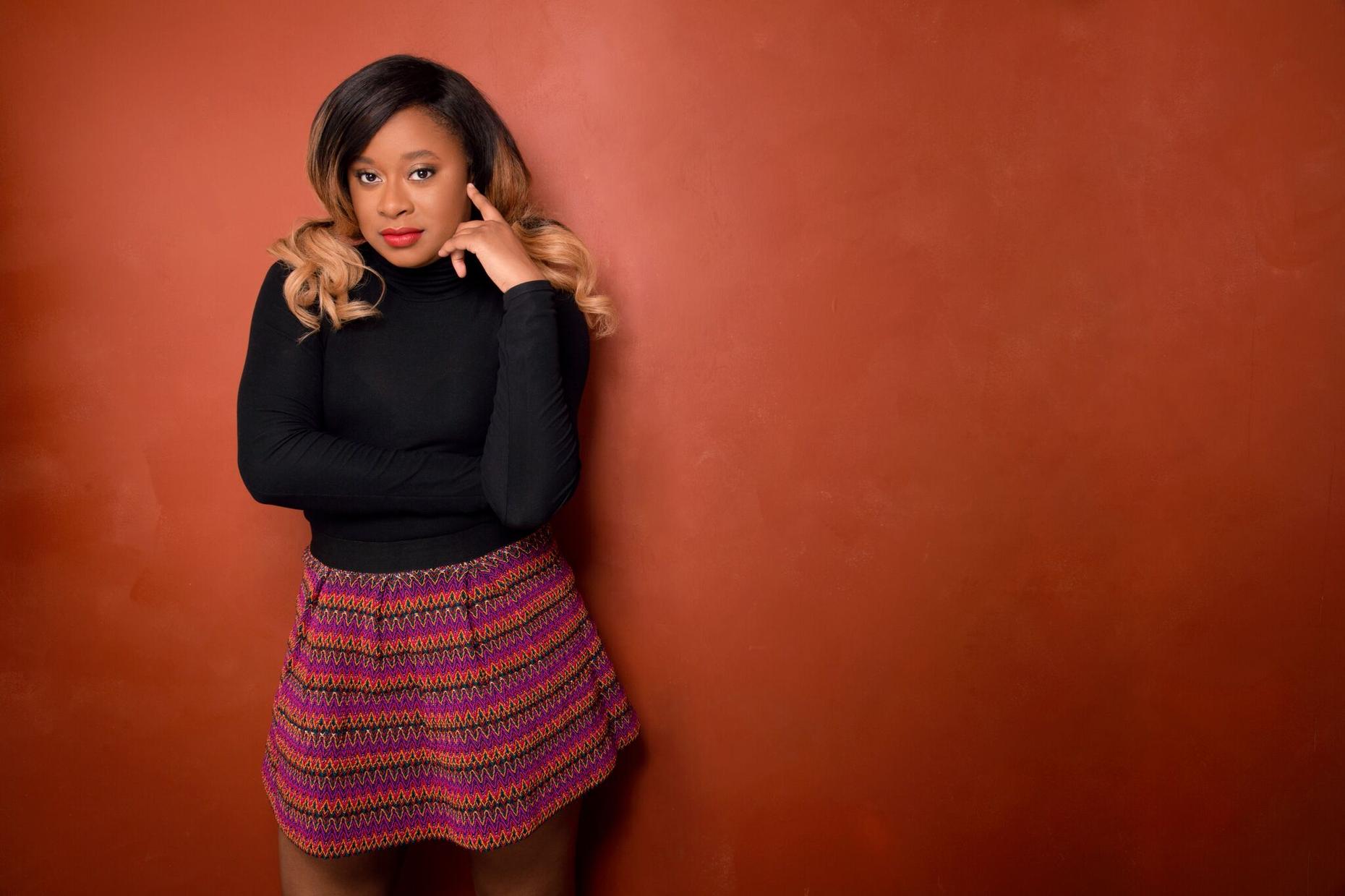 Phoebe Robinson is a multi-talented stand-up comedian, New York Times best-selling writer, and actress. She is best known as the co-creator and co-star of the hit podcast turned TV show 2 Dope Queens, which aired eight hour-long specials on HBO in February 2018 & 2019. On her second WNYC Studios podcast, the critically-acclaimed talk show Sooo Many White Guys, Phoebe interviews today’s biggest stars and ground breakers such as Reese Witherspoon, Tom Hanks, Issa Rae, Abbi Jacobson, and many more. Phoebe is also making her presence known in publishing as she is the author of The New York Times best seller You Can’t Touch My Hair & Other Things I Still Have To Explain, a collection of essays about race, gender and pop culture. Her second book, Everything’s Trash, But It’s Okay was released last fall. Phoebe made her feature film debut as one of the stars of the Netflix comedy Ibiza and followed that up by acting alongside Taraji P. Henson in the Paramount film What Men Want. She was also a staff writer on MTV’s hit talking head show, Girl Code and IFC’s Portlandia, as well as was a consultant on season three of Broad City. Phoebe also moderated Michelle Obama's Becoming book tour events in the US and Europe.

Phoebe Robinson appears in the following:

Phoebe and Adam Scott Go to a U2 Concert

It’s time for the token white guy! Phoebe’s joined by Adam Scott. He talks about bombing his first Parks and Rec. audition and the new season of Big Little Lies.

Phoebe and Michelle Buteau Get Cozy

Phoebe interviews Michelle Buteau! Michelle’s launching her new podcast Adulting with WNYC Studios - and it drops today! Plus, they talk about Michelle's latest film, Always Be My Maybe.

Phoebe and Eric Nam Are Idols

K-pop star Eric Nam talks to Phoebe about his journey from being a Korean-American kid in Atlanta to becoming an idol in South Korea and around the world.

Phoebe and Reese Witherspoon Vote for Themselves

Phoebe talks to actress/producer Reese Witherspoon about Big Little Lies, the gender pay gap in Hollywood, & that time that Reese had to park Denzel Washington’s Porsche.

Phoebe discusses the fight against AIDS/HIV with Gayle Smith, President and CEO of the One Campaign and actor/HIV activist Javier Muñoz (Hamilton).

Phoebe and Trevor Noah DJ Your Next Party!

Phoebe’s joined by The Daily Show’s Trevor Noah! Trevor talks about growing up during apartheid, his start in comedy, and his career as a DJ (there was a lot of Montell Jordan).

Phoebe and Padma Lakshmi Swim Through a Lake of Shit

Phoebe sits down with Padma Lakshmi (Top Chef)! Padma talks about growing up as an immigrant often separated from her mother & swimming through that lake of shit to get what you want.

Phoebe and Vanessa Bayer Invite You to Brunch

Phoebe talks with her pal, Vanessa Bayer, about being a Make-A-Wish kid and how SNL wouldn’t even buy her dinner.

Phoebe and Roy Wood Jr. talk about totally bombing their first Daily Show auditions. Plus, Pheebs and Joanie Mitch ask the age-old question, which Golden Girl are you?

It's season 4! We're kicking it off with Jameela Jamil of The Good Place! The actress and activist talks to Pheebs about taking on body-shamers - and how she doesn't give a fuck

Season 4 Trailer: Back With a Vengeance

Phoebe Robinson is back with another season of Sooo Many White Guys! Featuring guests like Jameela Jamil, Padma Lakshmi and sooo many more. New season starts March 19th! Don't miss it.

In honor of the new HBO specials, we've been revisiting our favorite 2 Dope Queens podcast episodes. Of course, we had to close this series with the ultimate queen -- Michelle Obama.

In honor of the latest 2 Dope Queens HBO specials, we are bringing back some of our favorite podcast episodes - including the time that Jessica got Goop-y with some zoodles.

Congrats to our Queens on the new HBO specials! New to the podcast? Or do you just want to dwell in the past? Either way, we're revisiting our fav episodes! Plus, a special announcement.

Best of: Tig Notaro and Her Awful Advice

Congratulations to our Queens on their latest HBO Specials! As a special thanks, we're bringing back our fave episodes, including this classic with the magical Tig Notaro.

Best of: That Time Jon Stewart Showed Up

We're so excited for the latest season of 2 Dope Queens on HBO! To celebrate, we're revisiting some of our favorite episodes. First up: Jon Stewart stops by for Jessica's birthday.

In this very special surprise episode, Phoebe and Jessica cuddle up with the Queen of Queens Michelle Obama!

Our token white guy tells Phoebe about getting schooled by women in the writer’s room, coping with years of anxiety at SNL, and raising badass daughters. Plus, Joanna has a crush.

Phoebe and Joanna Flip the Script

Joanna turns the tables… with the questions she’s always wanted to ask Phoebe — from her very first joke to how she finds the funny in this trash time. Plus, how much Bono is *too* much?
1 2 3 4 5 6 7 Next