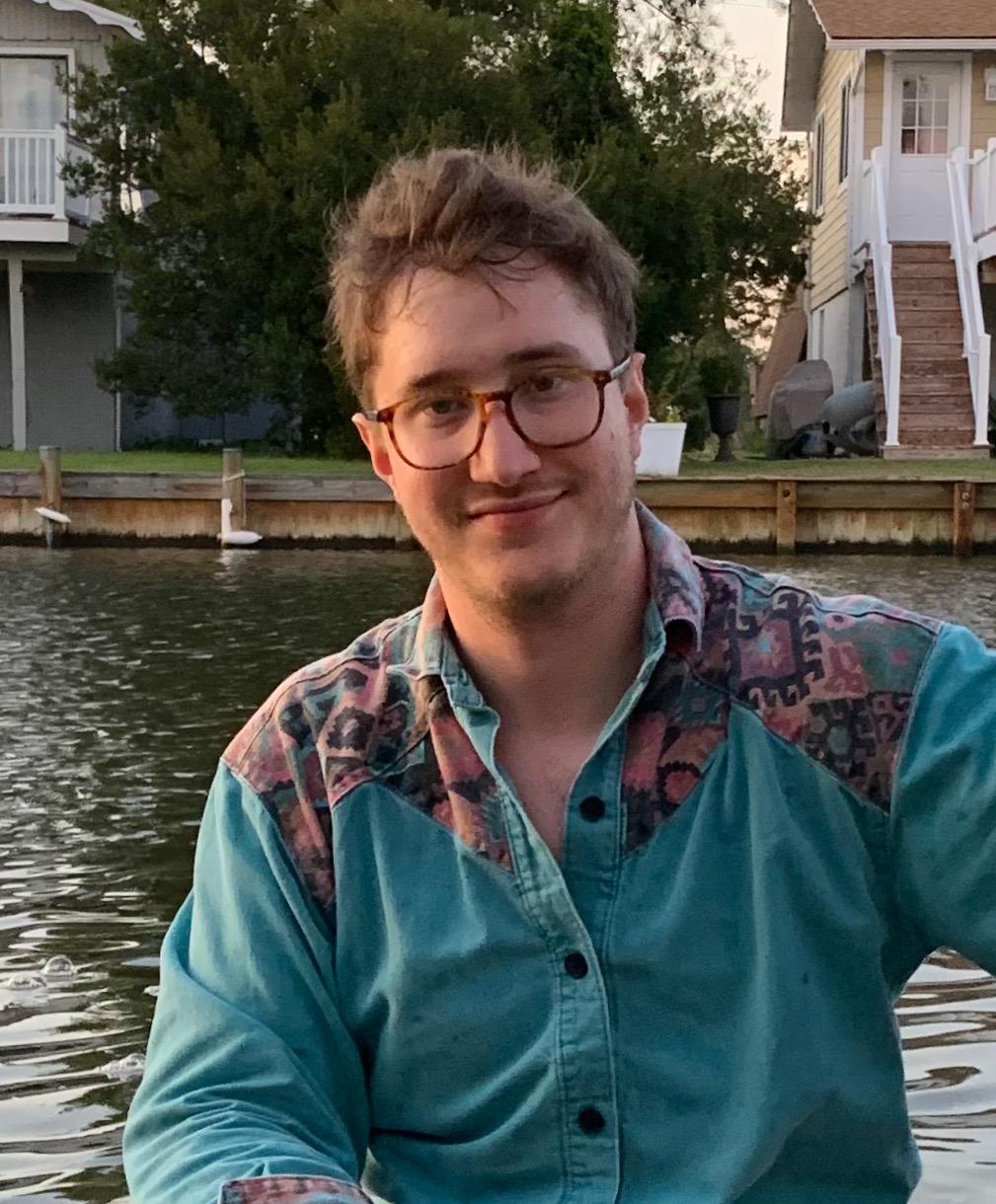 Micah Loewinger is a reporter for On the Media, where he focuses on internet culture, politics, and the far-right.

His investigation into Zello, a walkie-talkie app used for recruitment and organizing by militia groups, won the John M. Higgins Award for Best In-Depth/Enterprise Reporting. His piece on a Syrian refugee camp in a Swedish Wild West theme park was a finalist for a Livingston Award for international reporting.

Before stumbling into a job at OTM, Micah interned for NPR Music, Radiolab, Soundcheck, WNET’s Great Performances, and Bush Radio in Cape Town, South Africa, the continent’s oldest community-run station. Everything he knows about this medium he learned from the best frickin’ college radio station in the world, WNYU 89.1FM, where he served as Program Director. Catch him as an erratic host of the 60’s-70’s experimental psychedelic radio show, Plastic Tales From the Marshmallow Dimension. Micah likes to cook borscht and scroll through Twitter.

Micah Loewinger appears in the following:

In Georgia, a Conservative Elections Official Stands Up to the Big Lie

A law in Georgia allows citizens to challenge the voter eligibility of their neighbors.

Georgia at the Intersections: Voting Rights

From Trump's "Big Lie" to SB 202, the right to vote for many is still under attack.

You could be paying 400 times more than your neighbor for internet access.

Alex Jones Doesn't Care About You

A former Infowars cameraman on what he learned about the truth, and himself.

The Worst Place on the Internet?

"Library With A Turret On Top"

An update from Bobi and his family six months into the war.

A Twitch streamer, his family, and their escape from Ukraine.

Inside the SCOTUS Case on School Library Censorship

A new pay-to-play culture is taking root in the podcast industry.

How to Break the Equal Rights Amendment Out of Legal Limbo

And why some reckon the ERA is the most promising route to codifying abortion rights.

Are the Murdochs Dumping Trump?

How a big week of Trump news played out in the media.

When the Press Gets the Silent Treatment

Why we might not see a hallmark of political journalism this year.

A big week of Trump news; why Republicans have stopped speaking to journalists; Ron DeSantis' press strategy; and the importance of the ERA.

Alex Jones Doesn't Care About You

A former Infowars cameraman on what he learned about the truth, and himself.

Inside Biden's Short-Lived Disinformation Governance Board

Before it could even meet for the first time, the group became the subject of a vicious right-wing campaign.

A Taxonomy of TikTok Panics

What TikTok panics reveal about our understanding of technology.
1 2 3 4 Next