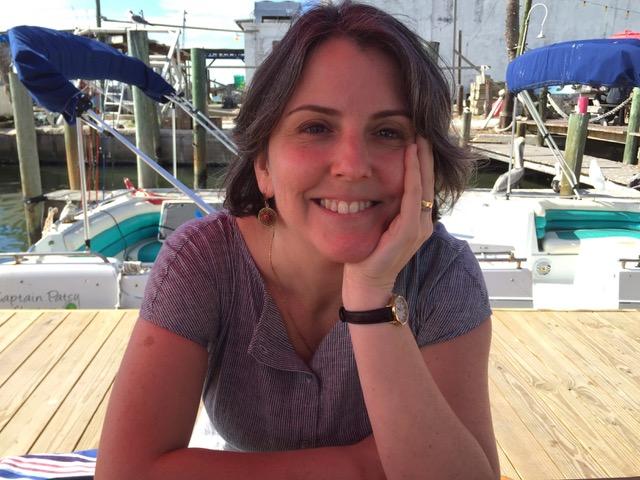 Marina Harss is the dance critic for WNYC. Her reviews and previews air during Morning Edition. Harss is a journalist and critic based in New York City, writing on all aspects of dance, and occasionally on opera. Her features, profiles and interviews appear regularly in The New York Times, The New Yorker, Dance Magazine, and DanceTabs.com. She is currently at work on a biography of the choreographer Alexei Ratmansky to be published by Farrar Straus and Giroux.

Marina Harss appears in the following:

This summer, the Royal Danish Ballet lands in New York, Mark Morris brings a world premiere and the Film at Lincoln Center presents its annual festival of dance on camera.

Beatles, Beach Boys and More On the Spring Dance Stage

Mark Morris and Twyla Tharp present their unique takes on bands of the 1960s, while American Ballet Theater brings a world premiere by Alexei Ratmansky.

This week marks what would have been the groundbreaking choreographer's 100th birthday, prompting a global celebration of his life and work.

Over the next several weeks, acclaimed flamenco dancers and their companies will be performing distinctly unique styles of the traditional dance all over New York City.

Sufjan and Kanye at City Ballet, Brazilian Dance at BAM

Holiday Dance Traditions (And No, Not ‘The Nutcracker’)

Willem DaFoe on “At Eternity’s Gate.” Talal Derki on “Of Fathers & Sons.” Marina Harss on the city's many variations of "The Nutcracker."

One exhibit looks at the work of Jerome Robbins in New York City and another at the influential Judson Dance Theater.

A principal male dancer and the company are implicated in a lawsuit brought by a woman who alleges he sent explicit photos of her without her knowledge or consent.

Dances to Watch (and Learn) at Lincoln Center This Summer

From big band to Mozart to minimalist revivals, there's a lot of dancing going on for visitors to watch and even participate in.

Spring Dance: A 19th-Century Ballet Revival and a Show Inspired By 'Soul Train'

In June, the American Ballet Theatre presents a new "Harlequinade," while choreographer Rennie Harris takes us back to the days of Soul Train with his show 'Funkedified.'

Spring Dance: A New Company from Cuba and Old Favorites from Jerome Robbins

Cuban-born choreographer Carlos Acosta brings his company to New York for its U.S. debut. And then next month, New York City Ballet begins a weeks-long celebration of Robbins.

Fresh Perspective on Classic Works in Dance This Spring

Ballet Is Back on Broadway This Spring

We’re used to ballet at Lincoln Center, but that’s changing as choreographers and dancers perform in musicals, like the revival of "Carousel." Plus, more dance events this spring.

It starts the winter season without longtime leader Peter Martins after he retired amidst harassment allegations. And a look ahead to two other dance companies, from Cuba and France.

One is based on a Hollywood movie that's a cult classic among dancers. The other is from a Persian and Arabian folktale about two star-crossed lovers.

A preview of dance performances to look out for this season.

Bausch's company returns to BAM to perform the work that introduced her to American audiences. And turning "A Love Supreme" into movement.