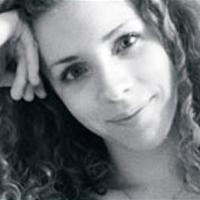 A native of New York, pianist Manon Hutton-DeWys earned her Associate of Arts degree at Simon's Rock College and her Bachelor of Arts degree in music from Bard College.

Manon was the recipient of many awards at Bard College including the Richard M. Siegel Memorial Prize, the Reader's Digest Foundation Scholarship, and the Margaret Creal Shaefer Prize. As a two-time winner of the Bard College concerto competition, she first appeared as a soloist with the Bard College Community Orchestra and later with Leon Botstein and the American Symphony Orchestra.  Manon has participated in the Rome Festival, the International Keyboard Institute and Festival at Mannes and the Paris Piano Program at the Ecole Normale de Musique in Paris, France, all of which she attended as a scholarship student.