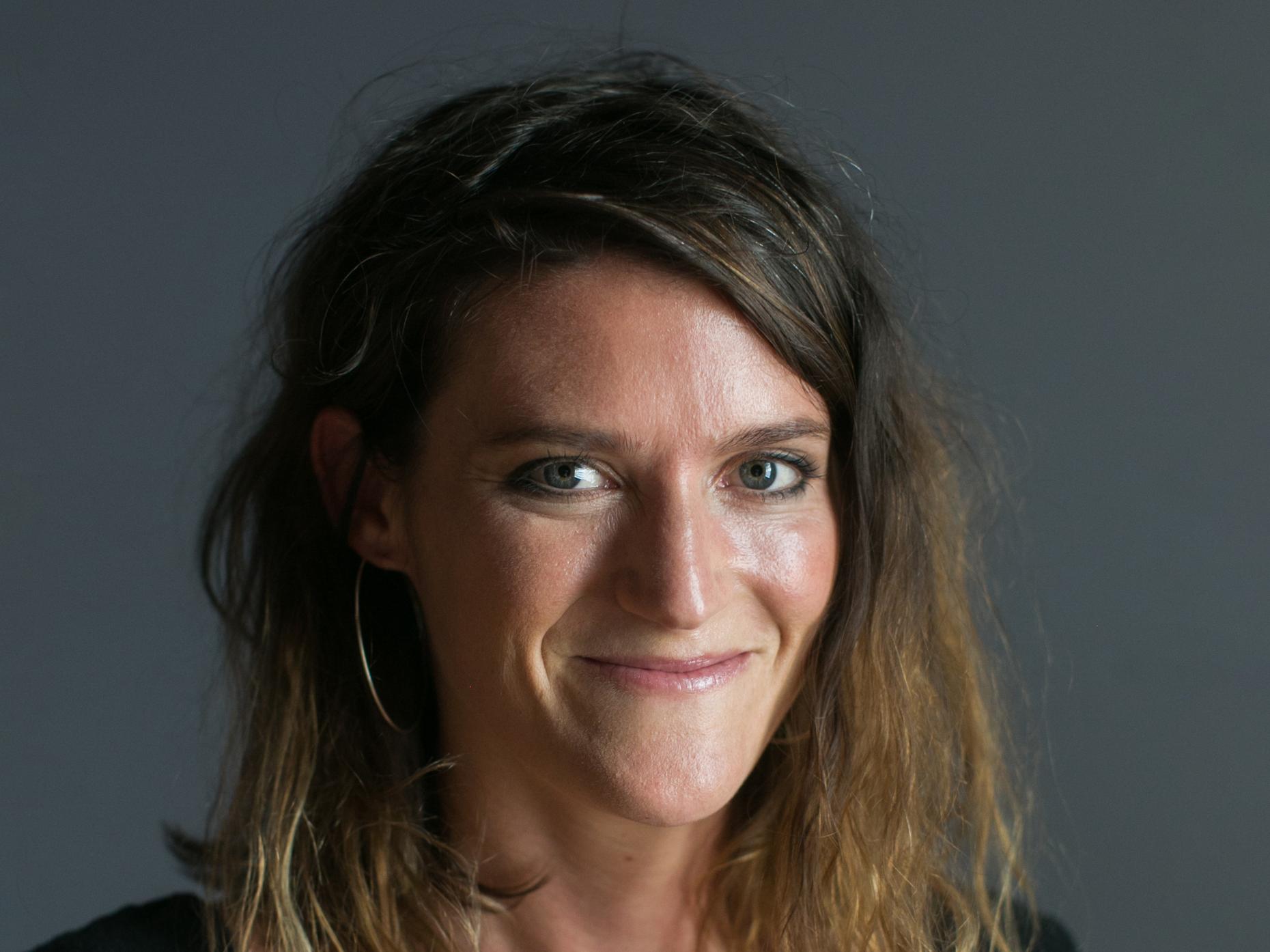 Lulu Miller is a Peabody award-winning science journalist, co-host of the award-winning WNYC Studios show Radiolab, and cofounder of NPR’s Invisibilia—a show about the invisible forces that shape human behavior (which received over 50 million downloads in its first season). She is the author of Why Fish Don't Exist, a nonfiction scientific thriller and memoir that The National Book Review called a "small marvel of a book" and left the New York Times “smitten.” Her written work has been published in The New Yorker, VQR, Catapult and beyond. Her reporting interests include disability, mental health, and, inexplicably, entomology. Radiolab was the show that made her fall hard for radio and it is a surreal honor to be joining the team as cohost.

Lulu Miller appears in the following:

Introducing: Flip and Mozi's Guide to How to be an Earthling

From our friends at Flip and Mozi's Guide to How to be an Earthling, all about the bowhead whale.

From our friends at Brains On! All about the most dynamite dinosaurs, the Brontosaurus.

Lulu Miller talks about Terrestrials, Radiolab's new podcast for kids, which — as the website puts it — 'explores the strangeness that exists right here on Earth.'

A fantastical mix of two beasts comes together, thrives, and does something scientists thought it could never do

A muscly earthling figures out a way to stand on the waves.

An invisible entity journeys to Planet Earth and literally rocks our world.

Look up in the sky! It is something that scientists thought could never happen.

A winged creature frightens countless villagers but may be a kind of protector.

Lulu Miller, intrepid host and fearless mother of two boys, went off and put together a little something for kids. All kids: hers, yours, and the one still living inside us all.
Read More

A color-changing creature many people assumed to be brainless outsmarts his human captors.

We preview the Radiolab for Kids podcast, 'Terrestrials'.

An introduction to your friendly neighborhood nature show from Radiolab for Kids.

Haunted by the disability icon Helen Keller all her life, the Deafblind fantasy writer Elsa Sjunneson sets out on a journey to separate truth from myth.

A Dark Obsession With Ordering the World

Lulu Miller on the possibilities — and perils — of trying to bring order to chaos.

Three scientists dive back in time, deep into our bodies, and down into our genome to tackle one question. Why do women tend to get autoimmune disease more than men?
Read More

A journey to one of the darkest sides of humanity’s attempts to measure the human mind and put people in boxes.
Read More

We break the thermometer watch the mercury spill out as we discover temperature is far stranger than it seems. Five stories that run the gamut from snakes to stars.
Read More

To ease the claustrophobia of our locked-down lives, we put out the call to listeners to take us to their secret escape spots. What rolled in was a mesmerizing journey around the planet.
Read More

One Man's Dark Obsession With Ordering the World

Lulu Miller on the possibilities — and perils — of trying to bring order to chaos.

Brooke speaks with Lulu Miller about her new book, "Why Fish Don't Exist"

The story of a long-heralded, lately-demoted taxonomist of fish and then, notoriously, people.
1 2 3 4 5 Next