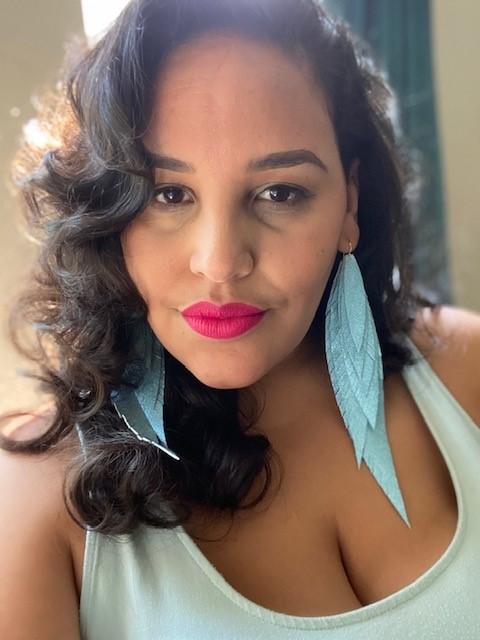 Leslé Honoré is a Blaxican  Artist, Activist, and author of Fist & Fire, a collection of powerful, unflinching poems that confront issues of social justice through the lens of real human lives and voices, and dive into the flames of love within the context of a relationship. Through her poetry and work she empowers youth to find their voices through the arts, and inspire people to stand in the gaps that social, economic, and racial inequities create. Leslé challenges readers, inviting them to think, feel, and consider how to create spaces where everyone can thrive. She hopes that through her work she can uplift the voices of people who are often silenced, unheard, and feel invisible. Her pieces about Serena Williams, Doria Ragland and "Brown Girl Brown Girl" about Vice President Elect Kamala Harris went viral on social media and expanded the reach of her work to an international audience.

Poetry has always been how Leslé expressed herself, discovering her writer’s voice in childhood. She further honed her work at Xavier University of Louisiana where she studied English Literature and Spanish. Leslé has read her work at Obama Foundation convenings and events, the Elevated Chicago Symposium, Chicago’s 19th Amendment Commemoration, the University of Illinois Chicago’s Speaking Anarcha’s Name, the Silver Room Block Party, Latinos Progressando MEX Talks, and other events, and she was featured at the inaugural TEDx Grand Boulevard in 2020. She has been featured in The New York Times, Good Morning America, The Chicago Tribune, NPR, The Kendall Moore Show, and all major Chicago tv news outlets. In October 2019, she was honored as the Community Partner of the Year by One On One. Leslé also hosts a web-based series, Bestie Shine, with her friend, artist David Anthony Geary.

Born and raised in Gardena, California, she remains deeply rooted in the heritage and culture of her father, a native of New Orleans, Louisiana; and mother, who was born in Sinaloa, Culiacan, Mexico, and immigrated to the US when was 15. Leslé lives in Chicago with her three phenomenal children: Sage, Solomon, and Scarlett. She believes in HBCU’s and that tacos and gumbo without kale can save the world. Her forthcoming book, Letters and Lagniappe, will be released in 2020.