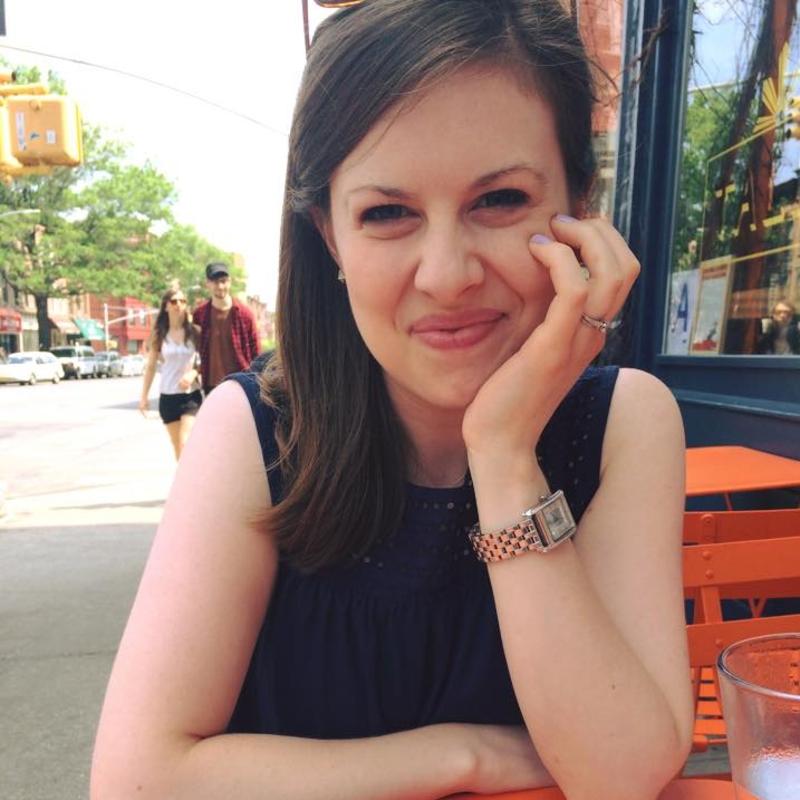 Katie is a graduate of the UNC Chapel Hill School of Media and Journalism, and a native of Rochester, New York, where she grew up playing the cello and dressing warmly.

Katie Bishop appears in the following:

How We Remember Those We've Lost

The Takeaway, along with Death, Sex & Money, asked for listener memories and stories about the people they’ve lost during the COVID-19 crisis.

The team reflects together on the best Death, Sex & Money moments of 2019—things you heard on the show, and things you didn't.

How Do You Bring Up Your STI?

If you have an STI, we've got an assignment for you.

In its first-ever live meetup, the podcast club talks about an episode of WNYC Studios' Death, Sex and Money with host Anna Sale and more.

Jem, The Last Witch Hunter, The Ghost Dimension, Rock the Kasbah, and Room

In New Orleans: How to Get Elected Coroner

Dr. Jeffrey Rouse is the Orleans Parish coroner—a job he describes as the “interface between law and medicine.” A decade ago, he was preparing for a life in academia, not public office.

Big Freedia is a reality TV star and fixture in New Orleans' bounce scene. But days after Hurricane Katrina, she was sleeping on the street outside of the city's convention center.

Simone Bruni started her career in hospitality, and dreamed of eventually being a stay-at-home mom. But when Katrina hit, she was 32 and single. So she started a demolition company.

In New Orleans: From Raising Hell to Raising Kids

When Katrina hit, Terri Coleman was a troublemaker—burning cars and getting stoned. She recalls, “The storm allow[ed] my weird adolescent destruction to be socially acceptable.”

The bass-mandolin superduo teams up again on ten new originals that showcase their warm sound and virtuosic abilities on both instruments.
Read More

I Wasn't Allowed To Watch: Boyz II Men's 'I'll Make Love To You'

Soundcheck producer Katie Bishop catches up on the 1994 music videos that were not appropriate for 7-year-olds.

My 'Coffee' Addiction: The One Song I Need To Hear Over And Over Again

Soundcheck producer Katie Bishop has a problem -- she's addicted to a song. Luckily, she's not alone in her obsessive musical behavior.

Now That's What I Called Music! Reliving The Trauma Of 7th Grade Through One Album

Last week, the NOW That's What I Call Music! series reached a milestone when it released its 50th hits compilation album in the U.S. To commemorate the occasion, Soundcheck producer K...
Read More

The Soundcheck staff gives their initial responses to the first single from Michael Jackson's second posthumous album -- including a haiku from host John Schaefer.

Soundcheck brings some of Craigslist's best Coachella-related posts to life.

Soundcheck brings some of Craigslist's SXSW-related posts to life.

Pick The Songs For Our Running Playlist

This year, Soundcheck is offering up no fewer than two of its producers to Sunday's New York City Half Marathon. Help us build a playlist to carry us across the finish line.
Read More

Your Cooking Soundtrack, And Why Bluegrass Makes The Best Eggs

As Super Bowl Sunday approaches, we want to know what you listen to when you're in the kitchen.