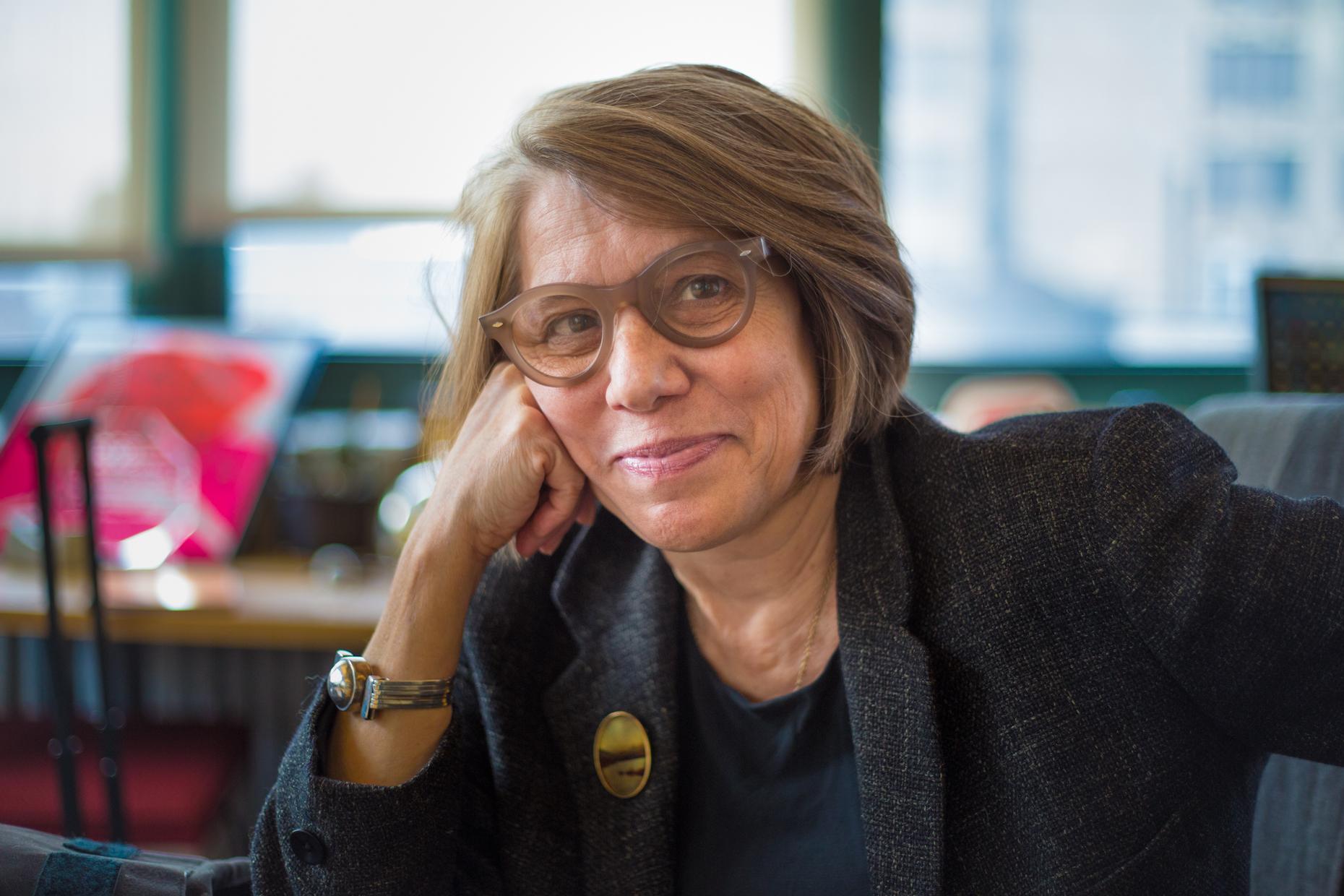 Karen is a veteran editor in WNYC’s newsroom, and directs the long-form narrative unit that created the acclaimed podcast series There Goes the Neighborhood and The United States of Anxiety…

Karen lends her expertise as a story whisperer to the New Yorker Radio Hour for the development of long-form features and special episodes like “Syria, The World’s Nightmare.”

As a producer, she launched Senior Edition which helped establish WNYC as a destination for talk and public affairs. She worked for five years as a freelance reporter and producer contributing to National Public Radio and the Canadian Broadcasting Company. As a senior producer at Simon and Schuster Audio, Karen worked with Alice Walker, Bob Woodward, Hunter S. Thompson, Stephen Ambrose and many other notable authors. She returned to public radio as an editor and co-producer for a series of documentaries which included an exploration of the changing NY Waterfront, the 1968 New York City teacher’s school strike and the changes in the city six months after the attacks of September 11th. She took on the senior editorial position in the newsroom in 2003.

Awards for her reporting and editing achievements include recognition by the Society of Professional Journalists, the Armstrong Award, the Dupont-Columbia University Awards, the National Federation of Community Broadcasters, The Investigative Reporters and Editors’ Award, The Associated Press Broadcasters Association, the Newswomen’s Club of New York and the National Academy of Recording Arts and Sciences from whom she received a Grammy nomination for her production of “War Letters: Extraordinary Correspondence from American Wars.”

Growing up in southeast Queens and having lived in various neighborhoods around the city, Karen is very happy to continue to document and report on her hometown. On summer weekends, she can be found swimming upriver in the Hudson where she has helped to establish a free floating river pool in Beacon, NY.

Karen Frillmann appears in the following:

Let’s Hear It For The Summer Playlist

An update on our summer playlist project with song contributions from listeners and our team.

Monkeypox: The Making of an Outbreak

Colonialism. Militarism. Homophobia. It took decades of neglect and selfishness to create this viral outbreak.

What can we learn from the HIV pandemic? We revisit a conversation from a year of living with COVID-19.

What Could Go Wrong? Everything (And It’s Ok)

What zombie movies can teach us about our era of perpetual crisis, and other lessons from a disaster management specialist.

Michael Tubbs Has A Message for All Of US

In 2020, Michael Tubbs lost his reelection campaign after capturing the nation’s attention. But he hopes the lessons he learned can inspire future generations of local leaders.

How to Start Saving the World

Climate scientist Katharine Hayhoe has a simple request for the 93 percent who know there’s a crisis: Talk to each other about it more and start with your values.

How Are We Grieving?

Two mothers lost their daughters to gun violence but received disparate levels of attention. Now, they’re using their stories – and their grief – to inspire others.

The Culture of Gun Violence

And why that must change to make any political progress on gun control.

Let Us Take You on an Pop Escapade

Joy. Freedom. Resilience. We kick off a summer playlist project with selections from the Black women who have defined pop.

Jason Reynolds Needs to Be Useful

The YA author talks about his successes, fears, and his new podcast that explores his relationship with his mother.

The Promise and Failure of Cryptocurrency

Cryptocurrency promised to democratize the financial world by giving people equal access to banking tools. It has potential, but also a long way to go.

The Line Between Independence and Insurrection

Decoding the Jan. 6th Insurrection – what we should have learned from the past and what we must remember for the future.

Roe Is Gone. What Now?

Plus, a reflection on the significance of LGBT Pride in a scary political time for the community.

The history. The party. The food. Black Texans school us on the holiday they created.

Plus, the story of 91-year-old artist Faith Ringgold, as told by her daughter.

Schools Had a Tough Year. What’d We Learn?

Plus, follow the season of a girl’s varsity volleyball team, and find one Brooklyn school building’s effort to bridge its stark racial divide. From WNYC’s new miniseries, Keeping Score.
1 2 3 4 5 … 20 Next