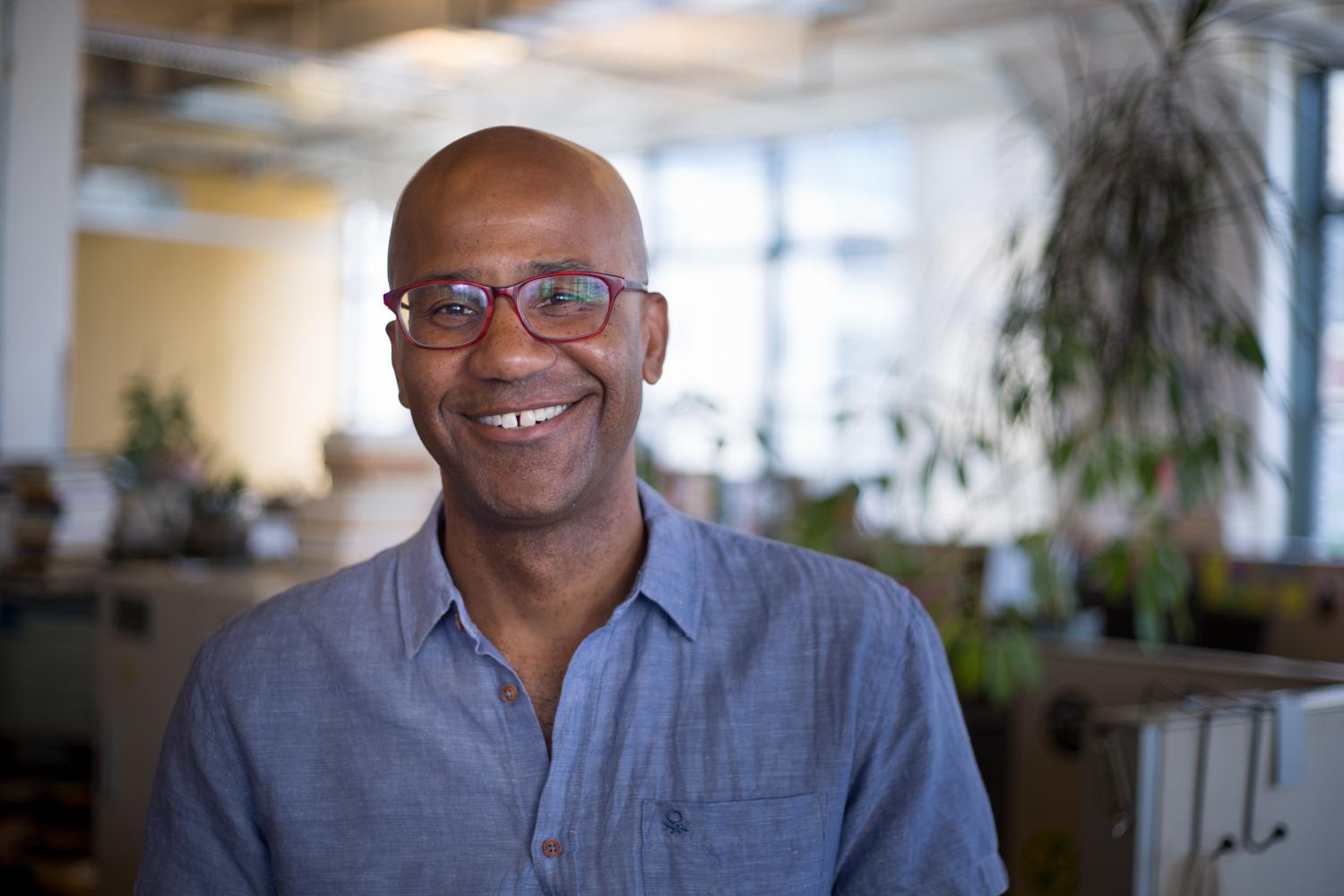 Kai Wright is host and managing editor of The United States of Anxiety, a show about the unfinished business of our history and its grip on our future. The show airs live on WNYC, Sundays at 6p eastern.

The Atlantic hailed the show as one of the “The Best Podcasts of 2018,” declaring that it “has always been able to swiftly explain current events through the lens of the past.”

In addition, Wright was the host of WNYC Studios’ other limited edition podcasts with social justice themes: The Stakes, There Goes the Neighborhood, and Caught: The Lives of Juvenile Justice, which was honored with an Alfred I. duPont-Columbia University Award. He also served as one of the hosts of Indivisible, a national live radio call-in show that WNYC convened during the first 100 days of the Trump Administration to invite Americans to come together across divides.

Wright’s journalism has focused on social, racial, and economic justice throughout his career. Formerly, he was an editor at The Nation and the editorial director of Colorlines. As a fellow of Type Investigations, he covered economic inequality, access to healthcare, and racial inequity. His writing has appeared in The New York Times, Mother Jones, and Salon, among other outlets, and his broadcast appearances include MSNBC and NPR. Wright is the author of Drifting Toward Love: Black, Brown, Gay and Coming of Age on the Streets of New York, as well as two surveys of black American history.

Kai Wright appears in the following:

Crime, Panic and The Case Of The Exonerated Five

It’s been twenty years since five men who were convicted as kids in the “Central Park jogger case” were exonerated. Their story has resonance in today’s crime-panicked United States.

You could say all 50 states are in something of a long-distance relationship, and it’s long past the honeymoon phase. But if we’re so divided, should we just break up already?

How You’re Dealing With Digital And Political Life

Between lingering feelings about the midterm elections and Elon Musk's Twitter takeover, listeners tell us it’s been a tumultuous time online.

Epps captivated a generation as a leading man in films like “Love and Basketball.” Now he hopes to inspire today’s youth and their fight against climate change as an author.

Meet Dr. Katharine Hayhoe – a climate scientist who happens to be an evangelical. She says a productive conversation about the climate starts with our values.

Far-right conspiracies and incitements to violence have found a comfortable home on the nation’s radio airwaves. This is the story of how.

Notes From Our Exit Poll Episode

Keeping the voters in the midterm conversation: We invite callers to tell us what motivated them this election and what’s on their minds as news continues to unfold.

The People's Guide To Power: How'd It Go In NY And Around The Country?

WNYC/Gothamist senior political reporter Brigid Bergin hosts a conversation about the results of the 2022 midterms, and where we go from here.

The Morning After: A Midterm Breakdown

Of red ripples and blue walls. Kai joins The Brian Lehrer Show to help digest election results. Why did Democrats defy predictions? And where does it leave the Republican Party?

The Day After Election Day

How the democratic process has held up this election.

What Arizona Teaches Us About The ‘Latino Vote’

Trump-to-Biden voters may decide the upcoming midterms. So, who are they? And what do they want from candidates now?

Who Gets to Be Beautiful in America?

Beauty. Everyone wants it, but only some are considered to have it. What steps can we take to democratize beauty?

What Keeps You Voting?

Even amid a broken democracy we’re still told to “go vote!” But what do you do when voting doesn’t feel like enough?

The Higher Cost of Higher Ed for Americans of Color

Student loans for higher education promises immigrants and people of color access to the American Dream — but at what cost?

Black Georgians Are Leading the Charge to the Polls

Young Black voters are the key to changing the politics of Georgia. What can the rest of the country learn from the civic engagement in that state?

Young Iranian Americans are witnessing a historic moment, as protests continue in Iran. We invited some of them to share how they are finding ways to participate from afar.

Church, State and the Soul of Our Nation

Christian nationalism is a growing movement in the U.S. As its rise continues to influence contemporary politics, how should we consider and prepare for its impact on our government?

The Black Playwright Who Transformed Theater

Imani Perry introduces us to A Raisin in the Sun, the first show ever staged on Broadway written by a black woman – and the show’s legendary playwright, Lorraine Hansberry.

The Obamas' Lonely Walk on the High Road

Anti-Obama conspiracy theories and lies about the 2020 election still shape post-truth politics. What, if anything, is to be done about these conspiracies?
1 2 3 4 5 … 18 Next