Julia’s work is centered on the research, scholarship, and cultural production of artistic practices within interdisciplinary global contexts. As consulting curator at the Patricia and David Frost Museum at Florida International University, she recently curated Navjot Altaf: Lacuna in Testimony and Nela Ochoa: DNA and Art (2009).

She has also been a consulting curator for the 8th, 9th, and 10th Havana Biennial (2003, 2006, 2009). In 1991 she was the curator for the Official US Representation for the III International Biennial of Painting Cuenca, Ecuador.

Dr. Herzberg is a contributing and consulting editor for Arte al día Internacional; she is on the Advisory Committee, Cuban Artists Fund, NY and the Acquisition Committee, The Bronx Museum of the Arts, Bronx, NY. She has been a panelist and nominator for many art foundations. 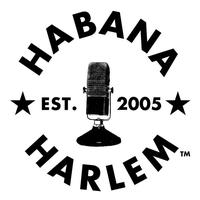 Cultural Fusion: Past Present Future explores the merging and converging of cultural traditions in the Diaspora. In this instance, we look closely at the vital nexus between New Orleans and Havana and the work of great composers.