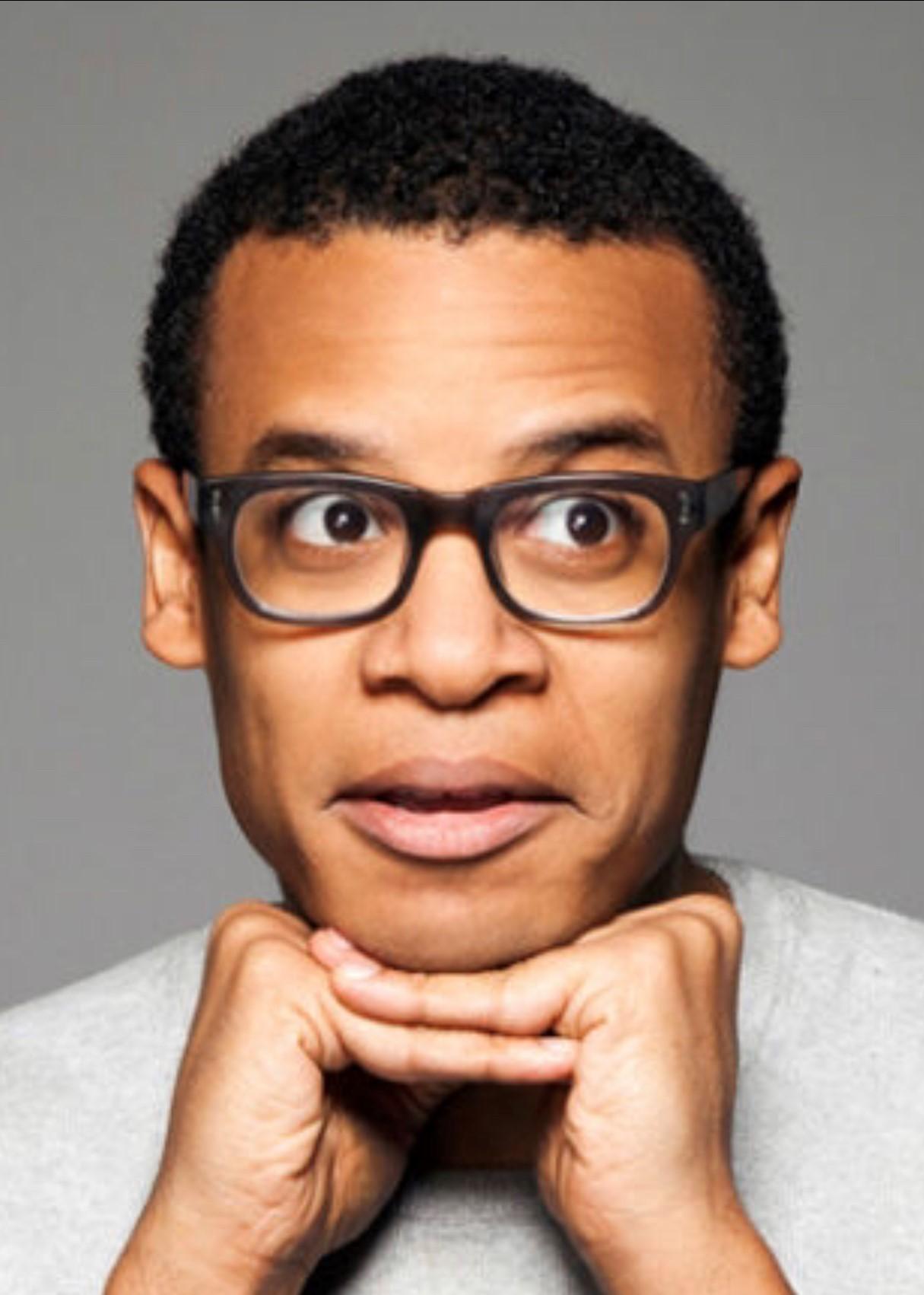 Jordan Carlos most recently served as a writer and on-air contributor for Comedy Central's THE NIGHTLY SHOW WITH LARRY WILMORE. He is well known for his hilarious commentary on various MTV and MTV2 series, including; GUY CODE, GIRL CODE, GUY COURT, CHARLAMAGNE & FRIENDS and AIN'T THAT AMERICA. Additionally, Jordan can be seen dispensing his comedic wit on VH-1's I LOVE THE 2000's and the popular Yahoo digital series, MANSOME.

Jordan's other TV credits include Comedy Centrals' BROAD CITY, THE COLBERT REPORT and MICHAEL AND MICHAEL HAVE ISSUES, Showtimes' THE AFFAIR and NURSE JACKIE, HBO’s GIRLS, NBC’s MERCY, ABC’s UGLY BETTY and Adult Swim's THE ERIC ANDRE SHOW. In addition, he was a series regular on the MTV series, I JUST WANT MY PANTS BACK and the ESPN scripted comedy series, MAYNE STREET opposite Kenny Mayne, Aubrey Plaza and Ben Schwartz.

He can be seen in the feature films; SLEEPING WITH OTHER PEOPLE opposite Jason Sudeikis and Alison Brie, Noah Baumbach's upcoming YEH DIN KAH KISSA opposite Ben Stiller and Adam Sandler, Gillian Robespierre's LANDLINE, and ABOUT RAY opposite Naomi Watts.

Jordan lives in Brooklyn, New York and continues to perform his insightful and hilarious stand-up comedy in venues around the country.

Jordan Carlos appears in the following:

How Many Pairs of Underwear Do I Pack for a Weekend? feat. Aisling Bea

For the season finale, Michelle and Jordan sit down in-studio with Irish comedian Aisling Bea. And DJ Donwill and producer Christian Banda take us behind the scenes.

How Do I Get Out of Going to Work on Monday? feat. Aparna Nancherla, Geena Rocero, and Crissle West

Is Getting a Turtle Too Much Responsibility? feat. Joyelle Nicole Johnson, Giulia Rozzi, and Becky Veduccio

Is $250 Too Much to Spend at the Bar? feat. Michael Kosta and Arturo Castro

In this week’s Adulting adventures, Michelle gets stuck in a toilet, while Jordan goes to Maine. Michael Kosta is the ultimate omnivore. And Alternatino’s Arturo Castro can’t dance.

Are Real Adults Allowed to Cry on the Subway? feat. Damien Lemon and Vanessa Williams

Jordan and Michelle are joined by the legendary Vanessa Williams - and she offers up some adulting advice that will change your life.

When Does a Venmo Request Become Petty? feat. Gina Yashere and Liza Treyger

Michelle sells zoot suits, while Jordan tests out Civil War trivia as a pick-up line. Gina Yashere channels her inner James Bond. And Liza Treyger might be the Lindsay Lohan of comedy.

My Boss Is a Jerk and No One Believes Me. What Should I Do? feat. Kerry Coddett and Michelle Collins

Who's on Your S*** List? feat. Black Thought and Seth Herzog

Jordan gets a new roof. Black Thought of the Roots reveals who’s on his s*** list. Plus, Seth Herzog and Michelle compare notes on having twins.

Is It Okay to Eat Cereal Three Times a Day? feat. Alzo Slade and Franchesca Ramsey

MTV’s Franchesca Ramsey refuses to sniff Michelle Obama. Alzo Slade on the perils of dating as a comedian. Plus, Michelle searches for the perfect nanny for her twins.

Michael Ian Black becomes a grown up, Malik Yoba loses it over a Kit Kat, and Jessica Pimentel doesn’t like your pants. Plus, Michelle tries out an Adulting hack - and fails.

How Do I Break Up With a Friend Who’s Holding Me Back? feat. Danielle Brooks, Chris Redd, and Yamaneika Saunders

Breaking up with friends is hard. Let this episode of Adulting be your guide. Featuring special guests Danielle Brooks, Chris Redd, and Yamaneika Saunders.

Do I Have to Wash New Underpants Before I Wear Them? feat. Nore Davis, Sara Schaefer, and Ben Sinclair

Jordan deals with a mouse. Nore Davis proposes. Sara Schaefer goes to the Grand Canyon. Ben Sinclair loses his virginity. And Michelle tells the gospel truth to a hesitant dater.

Michelle and Jordan share some Adulting relationship tips - like, don’t pay for your date’s drink in quarters. Plus, Sasheer Zamata meets a magic witch and Kate Walsh is a human mullet.

What Should I Name the Baby? feat. Chris Distefano and Jim Gaffigan

What Is an Acceptable Amount of Money to Spend on Pillows? feat. Naomi Ekperigin, Wyatt Cenac and Phoebe Robinson

Michelle and Jordan plan Naomi Ekperigin’s wedding and Wyatt Cenac’s car gets repossessed. Plus, Phoebe Robinson shares her poetry about a diner.

Mike Birbiglia's 'The New One,' Comedians on Birthright Citizenship, 'Believed'

Immigration and the American Dream Under Trump

Stephanie Butnick, Dean Obeidallah and Jordan Carlos discuss the idea of the American dream today and why immigration is an essential part of our democracy.

The Color of Satire

The upcoming issue of the New Yorker that portrays Barack Obama as a terrorist has the media world buzzing. Onion web editor and political blogger Baratunde Thurston talks with New York comedian Jordan Carlos about the racial politics of lampoonery.