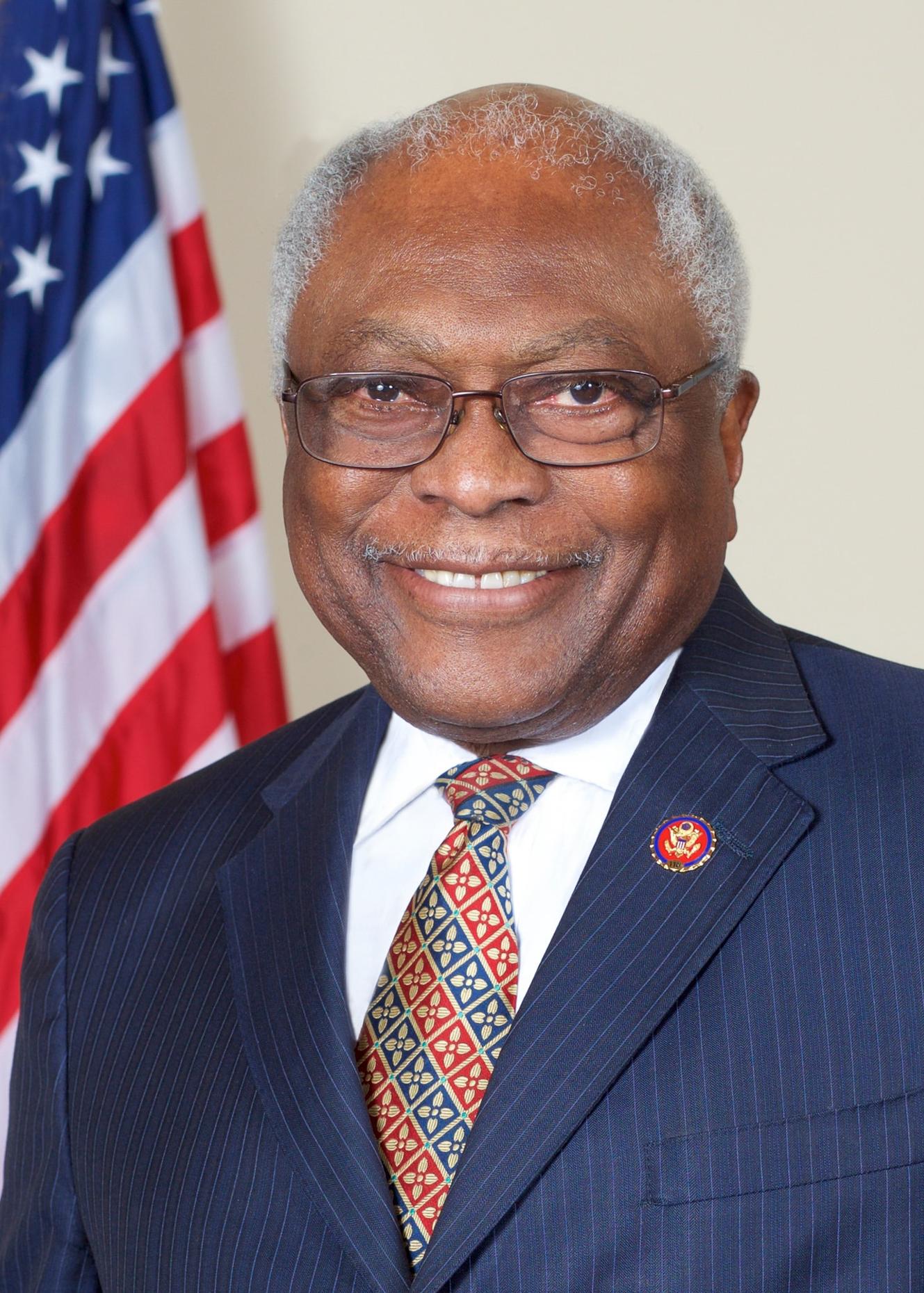 James E. Clyburn is the Majority Whip, the third-ranking Democrat in the United States House of Representatives, and currently serves as the Chairman of the House Select Committee on the Coronavirus Crisis. He is also the Chairman of the Rural Broadband Task Force and Democratic Faith Working Group.

When he came to Congress in 1993 to represent South Carolina’s sixth congressional district, Congressman Clyburn was elected co-president of his freshman class and quickly rose through leadership ranks. He was subsequently elected Chairman of the Congressional Black Caucus, Vice Chairman, and later Chairman, of the House Democratic Caucus. He previously served as Majority Whip from 2007 to 2011 and served as Assistant Democratic Leader from 2011 to 2019.

As a national leader, he has championed rural and economic development and many of his initiatives have become law.  His 10-20-30 federal funding formula was included in four sections of the American Recovery and Reinvestment Act.  Congressman Clyburn is also a passionate supporter of historic preservation and restoration programs.  His efforts have restored scores of historic buildings and sites on the campuses of historically black colleges and universities.  His legislation created the South Carolina National Heritage Corridor and the Gullah/Geechee Cultural Heritage Corridor, elevated the Congaree National Monument to a National Park, and established the Reconstruction Era National Monument in South Carolina’s Lowcountry.

Congressman Clyburn’s humble beginnings in Sumter, South Carolina as the eldest son of an activist, fundamentalist minister and an independent, civic-minded beautician grounded him securely in family, faith and public service. His memoir, Blessed Experiences: Genuinely Southern, Proudly Black, was published in 2015, and has been described ‎as a primer that should be read by every student interested in pursuing a career in public service.

Congressman Clyburn and his late wife, Emily England Clyburn, met as students at South Carolina State and were married for 58 years. They are the parents of three daughters; Mignon Clyburn, Jennifer Reed, and Angela Hannibal and four grandchildren.

A Look at the Juneteenth Hearing on Slavery Reparations Bill

Slavery reparations have entered the mainstream political discourse. We take a look at a congressional hearing on a bill that would move it forward.

Another week ends with little progress made in the debt ceiling talks in Washington. President Obama will speak at a press conference for Friday morning at 11 a.m. (EST), but all indicators point to little headway being made towards a compromise.

House Majority Whip Rep. James Clyburn (D-S.C.) joins us with the very latest on the contentious health care reform bill that will likely see a vote in Congress later this week.