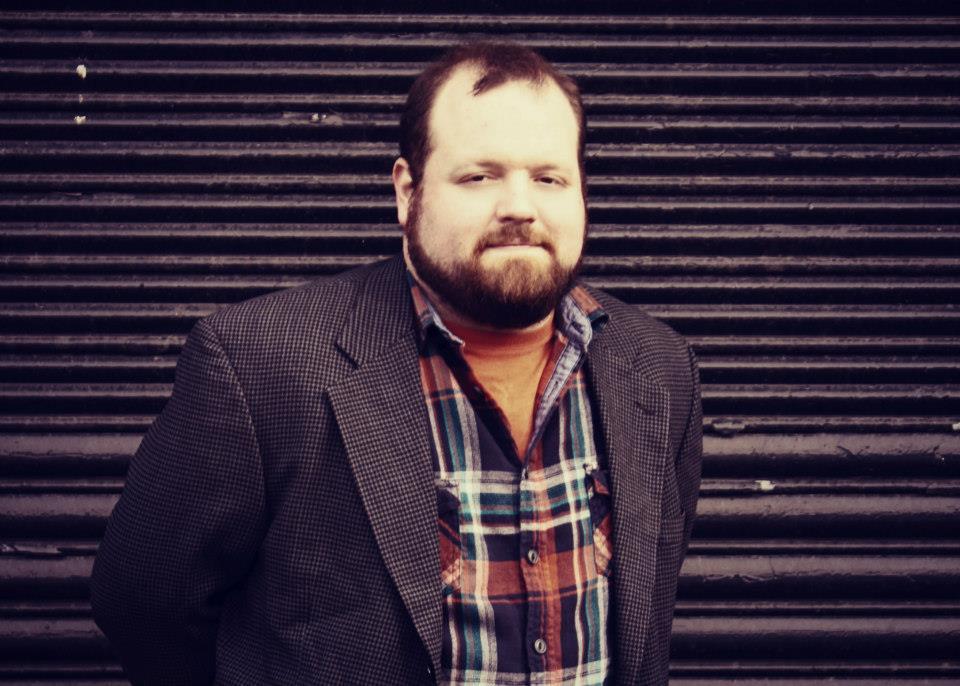 Jay has been with The Takeaway since its on-air inception in 2008, and has been the Show Director, Technical Director, and sound designer since 2009. Prior to WNYC, he worked at Air America Radio, also as a director, and WNYU, in various on-air and management roles. In 2016, he additionally took on the role of technical director for Freakonomics Radio, working both that show and The Takeaway for more than a year, before returning to The Takeaway in full capacity in 2017.

He is responsible for the show's aural style, including, but not limited to, selecting the music used on the show, mixing interviews, producing the daily podcast version of the show, and creating sonic design used to convey news concepts. Additionally, he directs the live broadcast and works with talent.

He is still thrilled to be working with an absolutely amazing staff, who work harder (and faster and better) than anyone he's ever seen.

Jay currently lives in Prospect Lefferts-Gardens with his amazing and wonderful wife Cate Contino Cowit, along with three cats. He produces music under the name J. Cowit, including music for The Takeaway and other podcasts.

Please reach out with any questions on music or otherwise at jcowit@wnyc.org.

Jay Cowit appears in the following:

African American Participation in Baseball is Down

Major League Baseball and the Players Union have donated $10 million to the Players Alliance to boost Black numbers in baseball.

The recent primary elections in Wisconsin showed there are still many issues with absentee voting that need to be addressed before November.

In 2016, director Loira Limbal started making a film about Dee's Tots, a 24-hour child care center, to highlight the essential caregiving that frequently goes undervalued in the U.S.

The Power of Fiction By and About Black People

Best-selling author Jasmine Guillory joined The Takeaway to discuss the sudden interest in antiracism texts, the power of fiction, celebrating about Black lives, and more.

Listeners Tell Us: Creating Joy in This Moment

What small things are you doing to create joy in this moment?

What Are You Angry About Right Now?

We asked listeners what they’re angry about right now. Here’s what they said.

Earlier this week, a viral video showed Christian Cooper, a black man, being threatened by a white woman, Amy Cooper, while he was birdwatching in Central Park.

On Friday, the Takeaway and WNYC family lost a friend and beloved co-worker, Richard Hake. He died in his home at age 51.

The Challenges of Parenting During a Pandemic

Parents are feeling a tremendous amount of stress and anxiety from having to manage working from home while also homeschooling and entertaining their children.

We spoke with the mayor of San Francisco, London Breed, about the tough choices ahead.

How Coronavirus Has Hit Local News

The news industry has been struggling to stay afloat for years. But local news has been hit particularly hard by COVID-19.

What COVID-19 Means for the American South

What was initially contained to the coasts is now starting to engulf the rest of the country, including states like Louisiana, Mississippi, and Georgia.

Host Tanzina Vega gives us an update from her home in Queens, New York, where she is on maternity leave.

What the Hell Is Super Tuesday?

The first episode of How to Vote in America takes a look at the history of Super Tuesday and how the most influential day in the presidential primary process came to exist.

Politics with Amy Walter: Should We Be Worried About a Recession?

How much uncertainty has the trade war with China introduced to the market? Plus, a look at a new trading block in Africa.

This season, Shannon Hogan was joined on the MSG Network by an all-women team of analysts, a first for a pro-sports team.