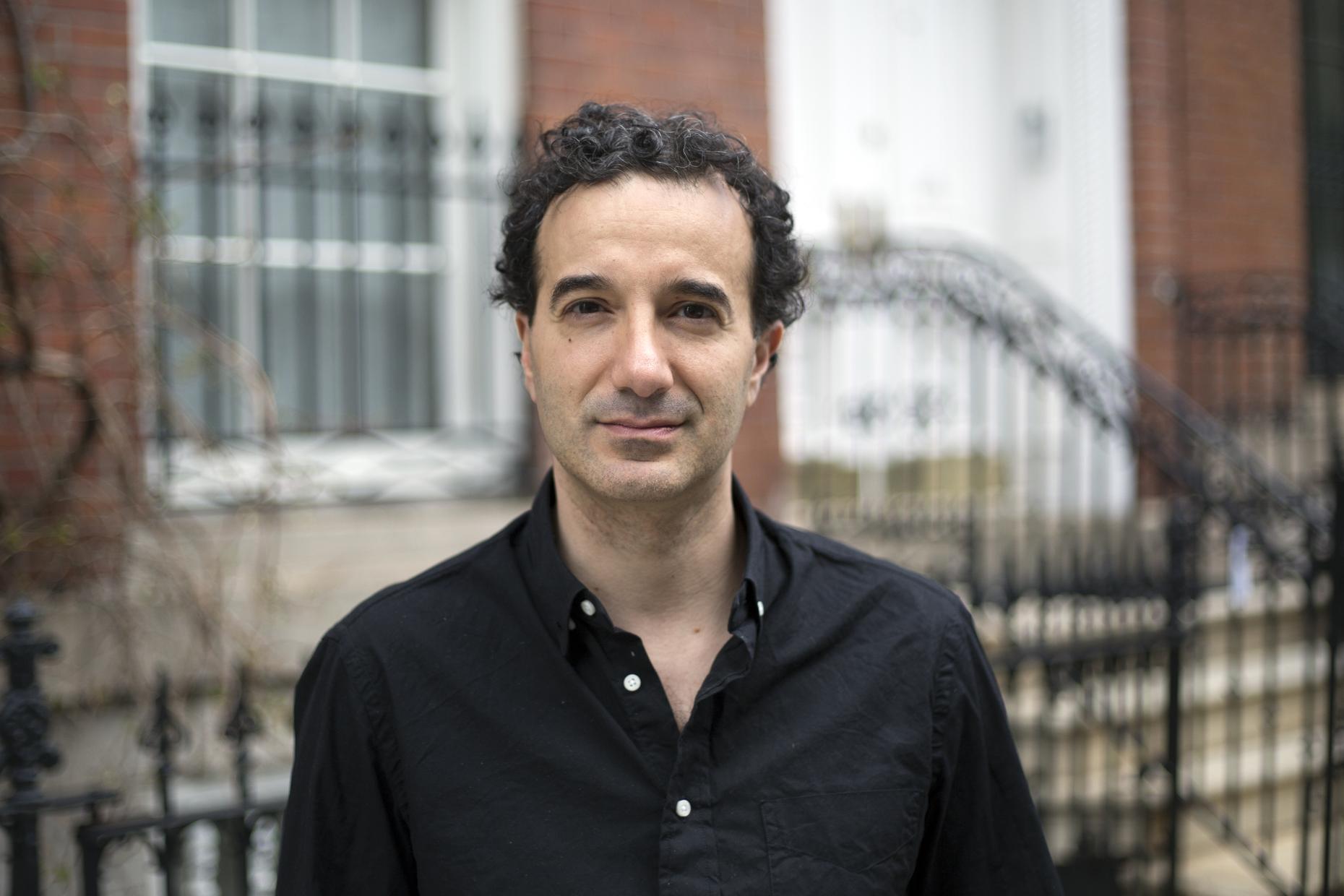 The son of a scientist and a doctor, Jad Abumrad did most of his growing up in Tennessee, before studying creative writing and music composition at Oberlin College in Ohio. Following graduation, Abumrad wrote music for films, and reported and produced documentaries for a variety of local and national public radio programs, including On The Media, Studio 360 with Kurt Andersen, Morning Edition, All Things Considered and WNYC's "24 Hours at the Edge of Ground Zero."

While working on staff at WNYC, Abumrad began tinkering with an idea for a new kind of radio program.  That idea evolved into one of public radio’s most popular shows today – Radiolab.  Abumrad hosts the program with Robert Krulwich and also serves as one of its producers.  The program won the prestigious George Foster Peabody Award and explores big questions in science, philosophy and mankind.  Under Abumrad’s direction, the show uses a combination of deep-dive journalism, narrative storytelling, dialogue and music to craft compositions of exploration and discovery.  Radiolab podcasts are downloaded over 10 million times each month and the program is carried on more than 500 stations across the nation and internationally.

Abumrad is also the Executive Producer and creator of Radiolab's More Perfect, a podcast that explores how cases deliberated inside the rarefied world of the Supreme Court affect our lives far away from the bench.

Abumrad was honored as a 2011 MacArthur Fellow (also known as the Genius Grant).  The MacArthur Foundation website says:  “Abumrad is inspiring boundless curiosity within a new generation of listeners and experimenting with sound to find ever more effective and entertaining ways to explain ideas and tell a story.”

Abumrad also produced and hosted The Ring & I, an insightful, funny, and lyrical look at the enduring power of Wagner's Ring Cycle.  It aired nationally and internationally and earned ten awards, including the prestigious 2005 National Headliner Grand Award in Radio.

Jad Abumrad appears in the following:

The Vanishing of Harry Pace: Episode 6

Lift Every Voice. Black Swan Records was first to record the anthem Lift Every Voice and Sing. From a family Thanksgiving, we portal through to the song's past, present and future.
Read More

From the team who brought you Dolly Parton's America, Jad Abumrad and Shima Oliaee, we have a new six-part series over at Radiolab called The Vanishing of Harry Pace.

The Vanishing of Harry Pace: Episode 5

Roland Hayes and the Lost Generation. This is the extraordinary story of the life of Roland Hayes, another great (and largely forgotten) creator of new cosmologies.
Read More

The Vanishing of Harry Pace: Episode 4

Our Harlem Moon. In this spin-off tale, Ethel Waters hijacks a degrading song and makes the music her own.
Read More

The Vanishing of Harry Pace: Episode 3

Black No More, White No More. We follow Harry's grandkids and great grandkids as they grapple with his legacy in their own lives.
Read More

The Vanishing of Harry Pace: Episode 2

Dreams Deferred. We follow Harry’s Supreme Court battle to desegregate the South Side of Chicago, and then a mysterious decision which forces him into seclusion.
Read More

The Vanishing of Harry Pace: Episode 1

The Rise and Fall of Black Swan. It was Motown before Motown, FUBU before FUBU: Black Swan Records, the record company founded by Harry Pace.
Read More

The Vanishing of Harry Pace Trailer

The Vanishing of Harry Pace reveals an untold story about identity, crossed color lines, and the phenomenal but forgotten man who revolutionized American pop music, and then disappeared.
Read More

We're all wondering how the 2020 election will pan out. Our colleagues at Radiolab went looking for answers.

The Third. A TED Talk.

Jad gives a TED talk about his life as a journalist and how Radiolab has evolved over the years.
Read More

Our final trip into the Dollyverse.

Is it possible, at this moment in time, for everyone to be included in Dolly Parton’s America?

Assignment:  What is Dolly Parton's America?

While touring the Dollyverse, we bumped into a bunch of amazing musicians not named Dolly. In this bonus ep, we play you a few of the sounds we heard.

Jad accompanies Dolly on the way to the red carpet premiere of 9 to 5 the Musical in London, a revival that brings the film and the music back into conversation in the #MeToo era.

On the mountaintop, we go back in time, and across the world - to discover the unlikely connection between Dolly's home and Jad's father Naji.
Read More

On the mountaintop, we go back in time, and across the world - to discover the unlikely connection between Dolly's home and Jad's father Naji.

We journey to the center of the Dollyverse: Dollywood. And find much more than we hoped for.
1 2 3 4 5 Next