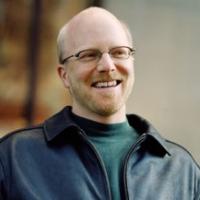 Performance Today is the most popular classical music radio show in America and Live from Lincoln Center is the only live performing arts series on television. Child hosted NPR's Creators @ Carnegie, a program of concerts at Carnegie Hall featuring a wide range of performers, including Brian Wilson, David Byrne, Randy Newman, Dawn Upshaw, Youssou N'Dour, Caetano Veloso, Emmylou Harris, and others. Before joining NPR, Child was Music Director and Director of Cultural Programming at WNYC in New York, host of a live daily performance and interview program on WNYC, and, for 10 years, a host at Oregon Public Broadcasting.

In recent years, Child has hosted a series of important live national concert broadcasts, including the Los Angeles Philharmonic's first concerts from Walt Disney Hall, the 2003 season-opening concert at Carnegie Hall, the Berlin Philharmonic live at Carnegie Hall, the New York Philharmonic's world premiere of John Adams's On the Transmigration of Souls, the Last Night of the Proms from the Royal Albert Hall in London, New Year's concerts by the New York Philharmonic, Seiji Ozawa's final concert with the Boston Symphony at Tanglewood, and James Levine's debut as Music Director of the Boston Symphony.

Child’s CD reviews appear on All Things Considered and his classical music reports appear on Morning Edition and Weekend Edition. He is a contributor to Billboard magazine, and a commentator for BBC Radio 3.

While growing up in Portland, Oregon, Child studied classical piano. He also dabbles in guitar, percussion, and the bagpipes. His percussion band opened for the Grateful Dead at the Oakland Coliseum. He has narrated works at the Aspen Festival, with the Virginia Symphony, and with the U.S. Marine Band. His rare public performances include percussion with guitarist Sharon Isbin and four-hand piano duets with Andre-Michel Schub.

Fred Child appears in the following:

Conjuring An Opera With Ten Fingers

It's always been a treat to sit down with pianist Louis Lortie. In part because of his sound at the piano — the brightness, purity and clarity of his playing. But all the better to have a conversation with him, too. He is a sober, serious thinker, with an incisive ...

The first round of the NFL brought a few surprises Thursday, after No. 1 pick Jadeveon Clowney of South Carolina went to the Houston Texans, as many expected. For many, the story of the night was Heisman winner Johnny Manziel – and how the Cleveland Browns wound up with a ...

On January 8, 2014, Polish pianist Rafał Blechacz was named the recipient of the prestigious Gilmore Artist Award, one of the classical music world's most distinguished honors and one given only every four years.

Jerusalem, City of Heavenly and Earthly Peace by Jordi Savall is a performance that explores how the three major religions have shaped Jerusalem. WQXR presents a live broadcast hosted...