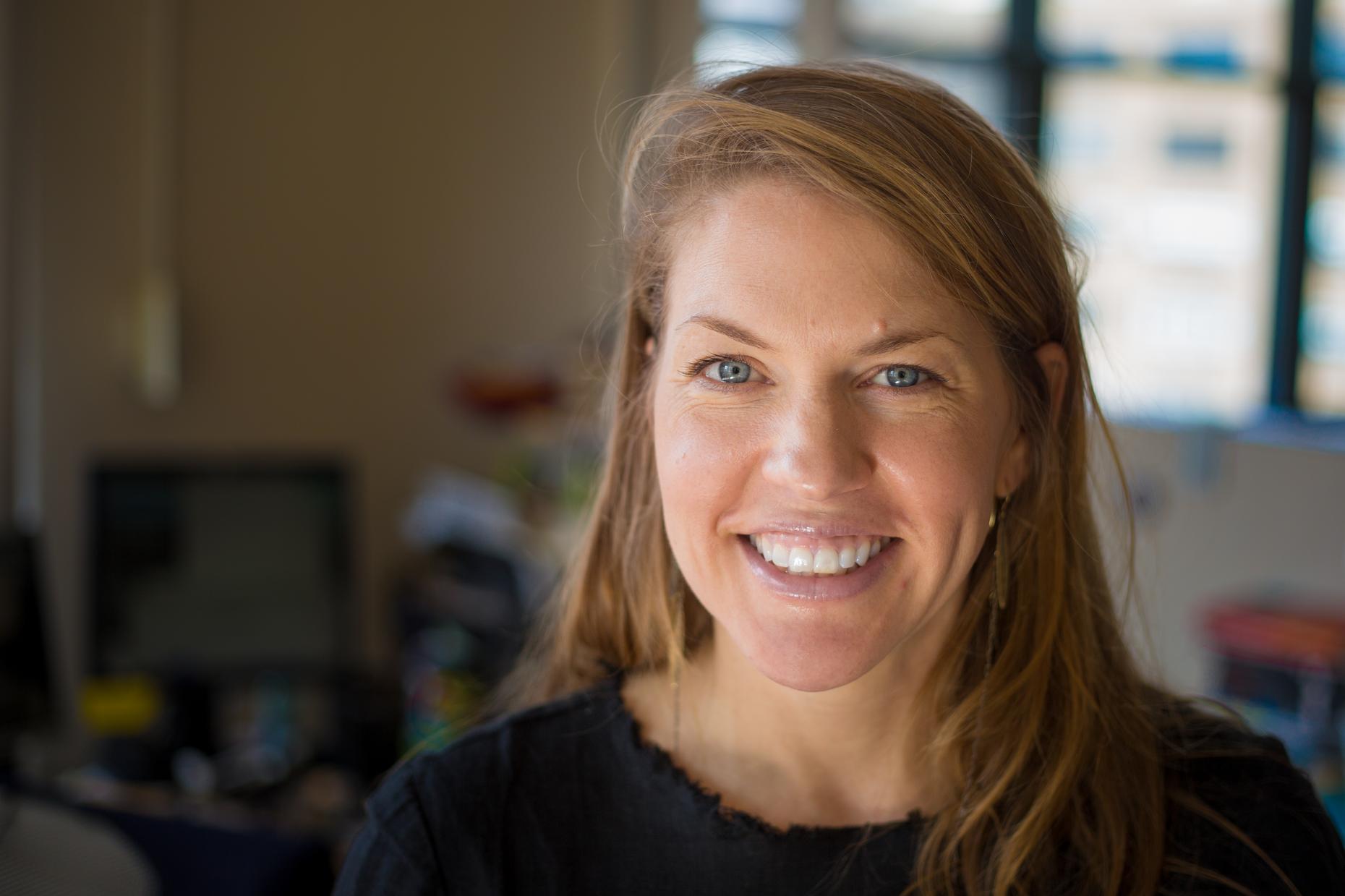 Courtney began working with young people in Minneapolis, where she started a youth-run restaurant in the park across the street from her apartment. She moved to New York to study social work, then went to Maine to learn to produce radio documentaries. In 2007 Courtney combined her radio and youth work backgrounds and joined Radio Rookies as a producer. Now she assists in teaching radio and multimedia workshops and works alongside Rookie Reporters to produce stories for WNYC and NPR.

Courtney Stein appears in the following:

We remember Temitayo Fagbenle (1996 – 2021) with this encore presentation of her first Radio Rookies piece.

When he was a young teenager, Luke realized he had to speak up—about who he was and what had happened to him. [Warning: this episode discusses childhood sexual assault].

Episode 9: 'You Just Sit There and Wait for the Next Day to Come'

Solitary confinement has been proven gravely dangerous for young people. The Marshall Project teamed up with Caught to investigate how widespread the practice remains in New York.

Z navigates a Catch 22 that's familiar to kids in the system: He only gets the help he needs when he acts out, but "turning up" means he can't go home.

Episode 1: 'I Just Want You to Come Home'

Z is a teenager serving time for armed robbery. Dwayne Betts is a lawyer who spent nine years of his youth incarcerated. The same criminal justice policies landed them in jail.

One Immigrant's Anxiety in Trump's America

The Trump Administration's policies have taken a deep psychological toll on undocumented immigrants. Like this 26-year-old, former Radio Rookie whose been in the U.S. since she was five.

Growing Up Without Parents, Life After Deportation

“If my parents hadn’t been deported maybe I wouldn’t be who I am today -- so determined and self-driven.” Listen to Wayner's story.

My Sister, The Cop

Jared Marcelle had enough negative interactions with the NYPD that he’d come to mistrust police. His views of policing are complex now, especially since his sister joined the force.

Why Do I Stay?

Rainy wanted to understand why she stayed with an older boyfriend who humiliated and physically abused her. So she spent two years reporting from inside the relationship.

Seeking an End to Cycles of Abuse

Destiny Mabry had a lot in common with her older sister: a love of dance, a bright smile, and excellent jump rope skills. They also both had experience with abusive relationships.

Nine People, One Bedroom: A Teen's Take on Life In Poverty

Jairo Gomez's nine-person family lives in a one-bedroom apartment. He knows education is the way out of poverty, but sometimes being poor makes it difficult to make good choices.

Radio Rookies Surprises Danielle With A Graduation Ceremony at WNYC

Radio Rookies hosted a surprise "graduation" ceremony for 2014 high school graduate Danielle Motindabeka at WNYC. Current and past Radio Rookies from as far back as 2004 came to celebrate along with New York Public Radio staff.

Radio Rookie Danielle Motindabeka reported this week that she was taking the US History Regents exam for the fourth and final time. It's the one thing standing in the way of her getting her high school diploma. Danielle went to find out her results.

In New York City, prescription painkiller abuse rates aren't as high as the rest of the country — except on Staten Island, where their impact is wide and deep.

Radio Rookies DIY: How to Report Your Own Story

This animated short is part of a toolkit of DIY videos we’re creating in partnership with the Hive NYC Learning Network. Educators can use this toolkit to teach students of all ages.
Read More

Many teenagers live half their lives on social media sites, and they're writing the rules as they go. One online trend Radio Rookie Temitayo Fagbenle finds disturbing is "slut-shaming".

Remaining in the Flood Zone, Despite the Warnings

Staten Island was one of the areas hit hard by massive flooding from Sandy. Among the people that stayed, was the family of 17-year-old Tasina Berkey, a current Radio Rookie.

Two Radio Rookie reporters got a chance to sit down with Police Commissioner Ray Kelly to discuss the tactics of his police force and its impact in the community.