Carl Hancock Rux and Helga Davis join us to discuss 'I Dream a Dream That Dreams Back at Me: A Juneteenth Celebration' at Lincoln Center.

For a Black Writer, Sci-Fi Offers a Reboot of Society

African-American writers have been contributing to the development of science fiction from the beginning. Artist and writer Carl Hancock Rux says they’ve used the genre to think their...

The story of a young man in the ghetto who turns to murder was an overnight sensation. But some think Native Son exploited the worst stereotypes of black youth. We trace the line from...

Plus: Novelist, poet, and recording artist Carl Hancock Rux joins us for a live performance.

And: As we gear up for our Sunday webstream with Iggy Pop and The Stooges, we ask a few musicians and critics to share their stories of the punk icon.

Plus: We talk with writer Joyce Cohen about life with hyperacusis, a condition characterized by an extreme over sensitivity to sound. 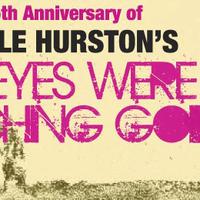 Award-winning poet and actor Carl Hancock Rux revisits Zora Neale Hurston’s celebrated novel "Their Eyes Were Watching God" from the point of view of Janie’s love interest, Tea Cake, with an original performance art piece commissioned by The Greene Space. This work will explore Hurston’s narrative through a male lens. Following the ...

A Music and Literary Salon

I, Too, Sing America: Langston and Zora's Un-Sung Collaboration

Like countless creative collaborations, the one between Zora Neale Hurston and Langston Hughes was fruitful but ultimately ended in acrimony. 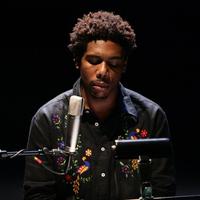 A City Reimagined: Voices of 9/11 in Poetry and Performance

The landmark speeches of Martin Luther King, Jr. have inspired countless musical tributes, including songs that capture the rhythm of his speech. Hear some examples today, when we revisit a conversation with poet and musician Carl Hancock Rux that first aired in 2005.

Martin Luther King's charismatic cadence prompted John Coltrane to write the song "Alabama," a piece based on the legendary leader's voice. The jazz icon isn't the only musician to be inspired by Dr. King. Today on the show, we look at how Martin Luther King's speeches inspired musical tributes by ...