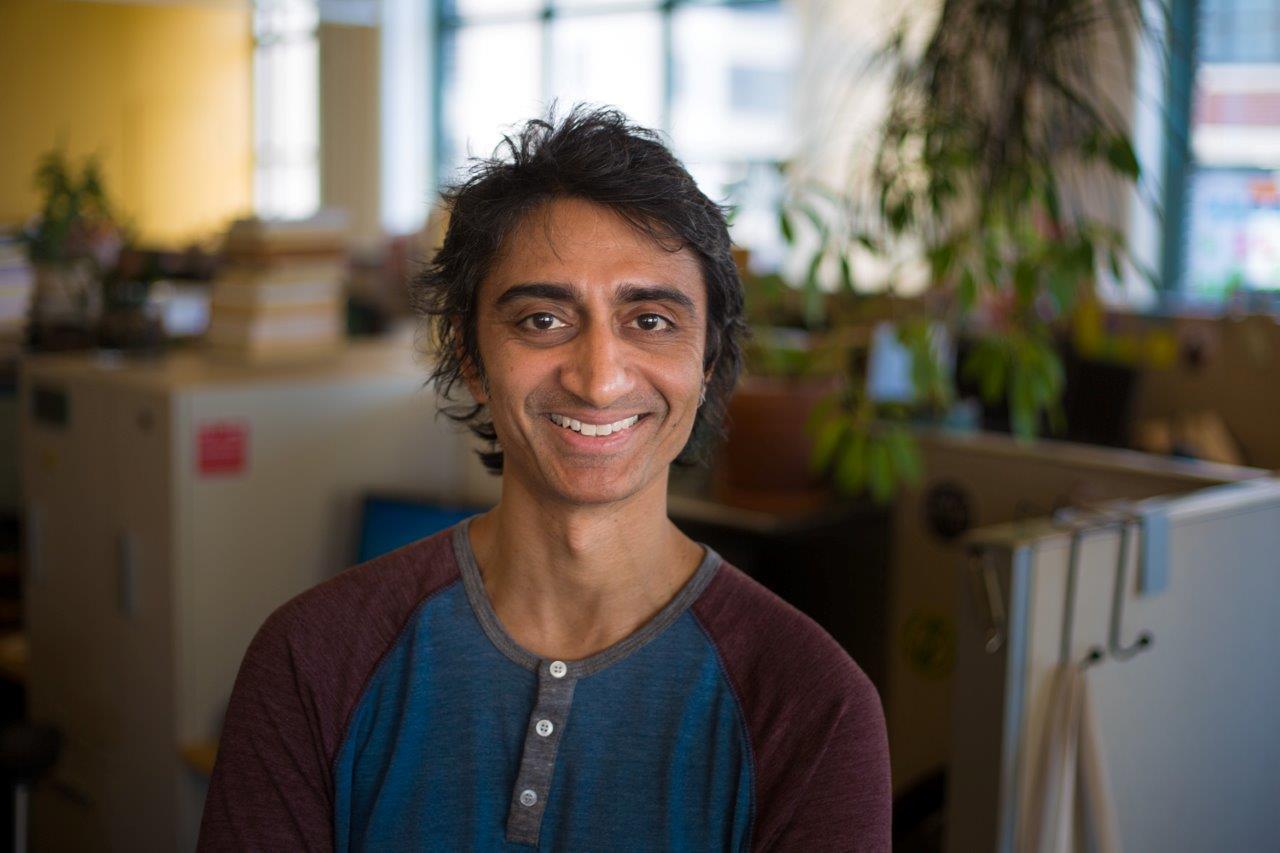 Arun Venugopal is a reporter who focuses on issues of race and immigration. He also serves as a regular host of the station's Midday program.

Arun was the creator and host of Micropolis, a series about race and identity. He is a contributor to NPR's Morning Edition and All Things Considered. He has appeared on PBS Newshour, On the Media and Studio 360, and has been published in The Guardian, The Wall Street Journal and Salon. He also frequently serves as an emcee and moderator of panel discussions on race, religion and identity issues. He lives with his family in Queens.

Arun Venugopal appears in the following:

Was There a Quid Pro Quo Between Trump and the Guatemalan Presidency?

A new investigation shows how the U.S. may have helped rid Guatemala of an anti-corruption commission.

How Policy Makers Can Capitalize on Public Support for Racial Justice

Adam Serwer of The Atlantic joins The Takeaway to discuss historical lessons that could help guide politicians pushing for racial equity today.

Losing a Parent to Police Violence

Freelance photojournalist Montinique Monroe talks about her father, Paul Monroe, who was killed by police on April 15, 1993.

"The Price of Cheap Food": California Farmworkers Continue to Harvest Amid the Wildfires

Farmer workers in California are left to grapple with two threats: COVID-19 and wildfires.

As with so many diseases, colon cancer is one that disproportionately affects the Black community in this country.

The Challenges of Completing the Census During a Pandemic

The Census Bureau will stop counting in San Diego and other parts of the country on September 18. That date is even earlier than the previous September 30th deadline.

Daniel Prude, a Black man, died of asphyxiation in March, after officers put a hood over his head and pushed him down on the ground during what’s being described as a psychotic episode.

A look into the killings of Dijon Kizzee, and Andres Guardado.

Over the weekend, President Trump also threatened to cut off funding from California schools if they use the New York Times' 1619 Project.

The rule had long been criticized by coal industry leaders for the costs it added to energy production.

A Lawsuit Demanding Reparations, 100 Years After the Tulsa Race Massacre

This week, people in Tulsa filed a lawsuit demanding reparations for victims and descendants of the Tulsa Race Massacre.

With the protests against police brutality continuing across the country, the California Legislature was able to pass three bills on police reform Monday, but squashed others.

How Have Our Sex Lives Weathered the Pandemic?

While research from Kinsey shows that, on the whole, people are having less sex, many are becoming more creative.

On Tuesday, the Centers for Disease Control and Prevention announced a nationwide eviction moratorium for renters making less than $99,000.

Is the Fashion Industry Reckoning with Its History of Racism?

As protests against police brutality spread across the U.S. this summer, major fashion brands and companies expressed solidarity with Black Lives Matter.

What Republicans get right, and what they get wrong, on race and racism.

Drawing on her experience as a "brown girl in a black and white world," Haley assured Republicans that America still works.

What Kamala Harris Means to Black Women and Indian Americans

Kamala Harris is the first woman of color to appear on a presidential ticket. So how important is that representation? And what does it mean that she could have been the nominee?