Giulia Lukach was three years into her marriage when she began experiencing symptoms of bipolar disorder. She and her husband talk about how her illness has reshaped their marriage.

After years of working as a physician, Ken Jeong quit to pursue acting. Then his wife was diagnosed with breast cancer, and he found himself needing to think like a doctor again.

Where is Lisa Fischer's Backup?

You've heard Lisa Fischer singing backup vocals for everyone from the Rolling Stones to Beyoncé. But after decades of touring with rock stars, Fischer lives in a far more humble reality.

There's the cliche: someone cheats, crockery is thrown, lawyers are called. But your stories about cheating were much more varied, with some unpredictable conclusions. 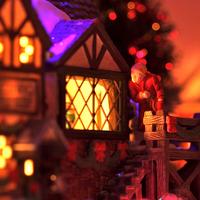