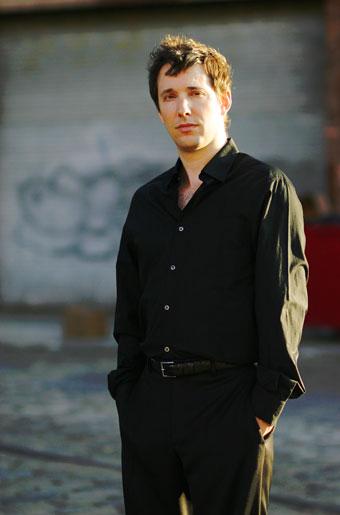 Conductor Andrew Cyr is a leader in the rapidly growing contemporary music scene. His enthusiasm for connecting the outstanding musicians and composers of the new generation to today's audiences led him to create the Metropolis Ensemble in 2006. Cyr displays the scope and potential of today's freshest voices in composition and performance to attract and inspire new and diverse audiences.

Cyr has led Metropolis Ensemble in performances at BAM's Howard Gilman Opera House, Carnegie Hall's Weill Music Institute, (Le) Poisson Rouge, The New Victory Theatre (42nd and Broadway), and, in 2008, made his debut with the Wordless Music Series, sharing the stage with indie-rock sensation Deerhoof and conducting a remix of The Rite of Spring to a live audience of 10,000 people in Brooklyn's Prospect Park, also broadcast live on National Public Radio. Recent guest appearances have included his debut conducting the Colorado Symphony in January of 2013 and in 2011, Cyr made his Kimmel Center Verizon Hall debut as part of Philadelphia's International Festival of the Arts, appearing with Questlove from The Roots.

Andrew Cyr appears in the following:

Conductor Andrew Cyr and DJ Ricardo Romaneiro bring Stravinsky into the 21st century with an electronic reinvention of "The Rite of Spring." They join us in the Soundcheck studio to share the secrets of setting Stravinsky's most famous work to keyboards, laptops, brass and drums.

The Last Play at Shea

Tonight and Friday, Billy Joel performs what will be the very last shows at Shea Stadium. Today we look back at some of the ballpark's musical highlights -- from the Beatles' legendary 1965 concert to Jimi Hendrix's Festival for Peace. Plus: it's Stravinsky remixed. Andrew Cyr and Ricardo Romaneiro talk ...