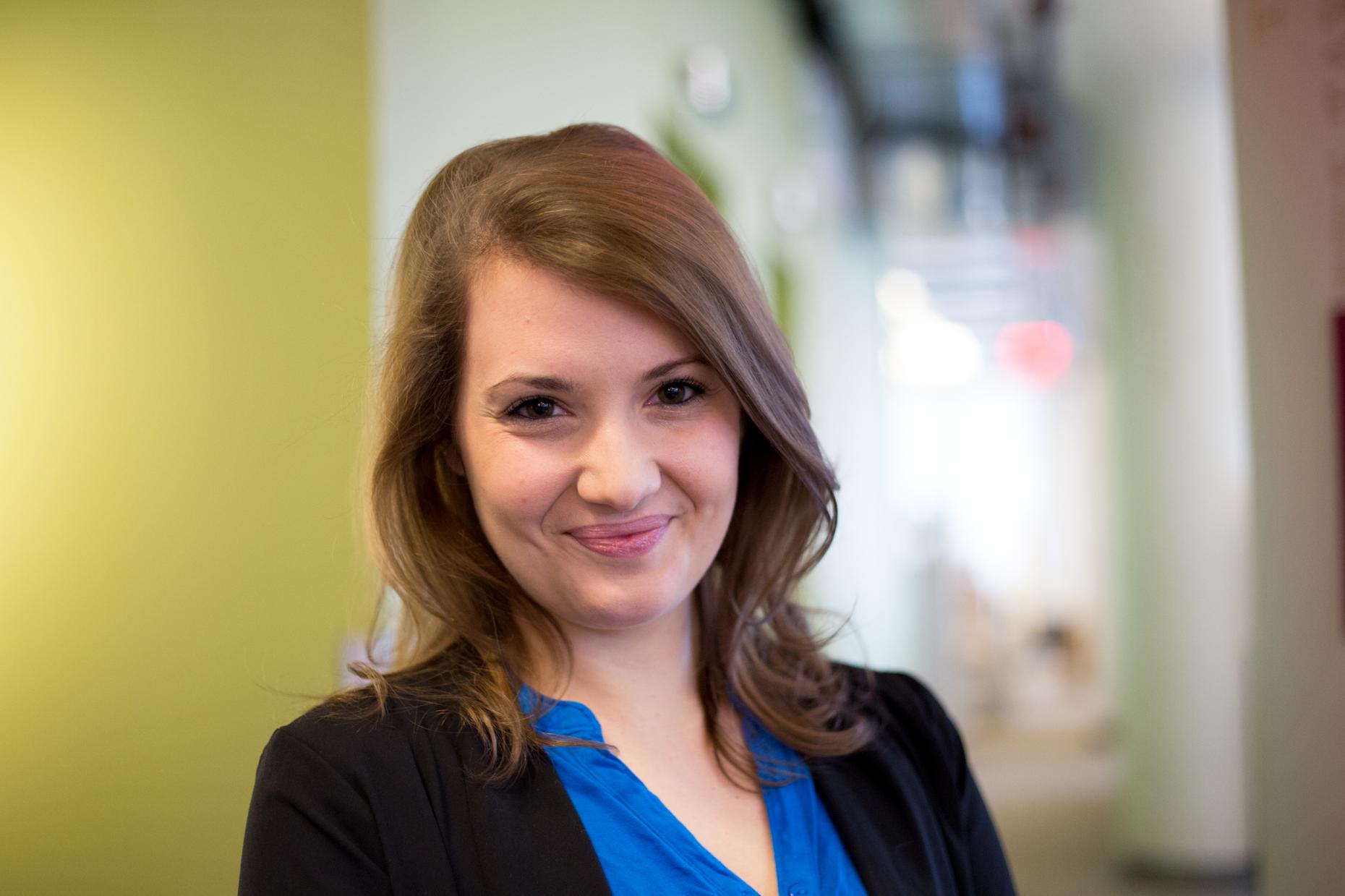 Alexandra Botti is the senior producer for The Takeaway, where she runs daily production of the show. She is responsible for much of the program's coverage of the #MeToo movement, and the opioid crisis. (She also proudly considers herself the show's ballet producer). Her favorite pieces to work on in her time with the show include a story about a controversial bathroom in Washington Heights, a profile of the first woman to be a VP of production in Hollywood, and a conversation with a researcher who interviewed more than 100 rapists in New Delhi.

Before she came to WNYC, Alex worked for WAMU in Washington, D.C., where she spent three years as a producer for the national NPR news talk program The Diane Rehm Show. While there Alex spearheaded the creation of original Diane Rehm Show content for NPR One, hosting two-ways that looked at major news stories from surprising angles.

Alex holds a Master's degree in Language and Communication (Sociolinguistics) from Georgetown University, and she'll happily explain to you why she thinks we need more linguists in journalism. She also holds a B.A. from Smith College in English Language and Literature and French Studies. Alex is a dual citizen of the United States and France, and grew up primarily in the Boston area. A lifelong dancer, she's usually teaching or taking ballet class when she's not producing radio.

To pitch Alex a story, you can reach her via e-mail.

Alexandra Botti appears in the following:

The Takeaway breaks down the significance of the Biden-Harris inauguration and looks ahead to how President Biden plans to address several policy challenges in his first 100 days.

How a Pro-Trump Mob Breached the U.S. Capitol

Wednesday's failed security measures have raised questions regarding the safety provisions in place to protect members of Congress and the U.S. Capitol building.

In Kenosha, District Attorney Decides Not to Charge Officers Behind Jacob Blake's Shooting

In the phone call, Trump essentially demands that Raffensperger overturn the state’s election result and hand him Georgia’s 16 electoral votes.

A New Variant of COVID-19 Variant is Spreading Rapidly Worldwide

A new variant of the coronavirus has been spreading rapidly in parts of the world including the U.K., and now that variant has been detected here in the U.S.

There have been 41 weather disasters this year that have caused more than a billion dollars in damage. We take a look back...and find hope for the future.

The Takeaway speaks with “Happiest Season” co-writer Mary Holland about making the film and finding joy in this dark year.

Is Calling in the New Calling Out?

Professor Loretta Ross offers up an alternative to "cancel culture" and calling people out.

An estimated 10 million low-income people never got the money that the government sent to some 160 million taxpayers. Now, people are waiting for another bill that may not come soon.

As COVID-19 Cases Rise, Health Workers Are Burning Out

The Takeaway hears from four health care workers across the U.S. about their experiences during the past few weeks of the pandemic.

As Winter Approaches, COVID-19 Pandemic Worsens Across the U.S.

What a Biden Victory Means to Leaders Around the World

Julián Castro on Election Results and This Moment of Uncertainty

Julián Castro weighs in on the election results so far.

What Journalists Need to Remember on Election Day(/Night/Week) 2020

Margaret Sullivan of The Washington Post has some urgent advice for her fellow journalists today, and some pointers for everyone following election results, too.

Supreme Court Weighs In On Voting

Hospitals Stretched Thin As COVID-19 Surges Across the U.S.

COVID-19 numbers are rising dramatically nationwide, with more than 20 states reporting cases at or close to record levels.

Barrett is the third Supreme Court justice appointed by President Donald Trump, and her nomination and confirmation were among the fastest in history.

Listeners Share Their Voting Experiences and Plans Ahead of Presidential Election

Across the U.S., approximately 60 million people have already cast their vote for president.

"Now We're Able to Have Our Voices Heard": Young Latinos Speak Out