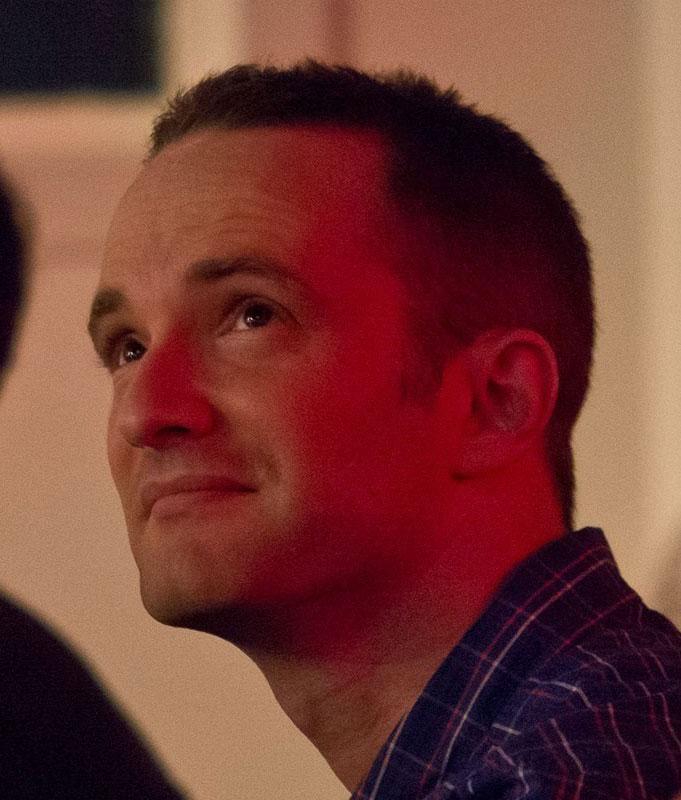 Alex is proud to be a native New Yorker, but nevertheless moved to France after college to study the songs of composer Gabriel Fauré and Senegalese-born rapper MC Solaar. An obsessive collector and Ultimate Frisbee fanatic, Alex is a Peabody Award-winning executive producer and founder of WQXR's Q2 Music, and has served as Overnight Music host and Evening Music producer for WNYC.

During his time at WNYC as the associate producer for Evening Music with hosts Terrance McKnight and David Garland and executive producer Limor Tomer, he produced the daylong, ASCAP Deems Taylor Award-winning 24:33: A John Cage Celebration.

As the supervising producer of WQXR's Q2 Music, he also served as executive producer for three seasons of the podcast Meet the Composer with Nadia Sirota, a show that mined the brains of today's leading composers and musical thinkers, and Helga with host Helga Davis, a conversation podcast with unique, uncompromising artists who have a stake in the matter of social change.

Alex currently lives in Park Slope, Brooklyn with his wife, the composer Gity Razaz, and cat, Peanut, where he is an enthusiastic member of the food co-op and a laptop-toting regular at cafés.

Alex Ambrose appears in the following:

National Book Award winner Jacqueline Woodson sits down with host Helga Davis to talk about the power of family – the so-called alternative ones she was born into and made for herself.

Gender Is Not a Genre: Amplifying Women Who Compose

New Sounds
Listen to 24 hours (or more) of music by composers, both emerging and established, who happen to be women. Yes, it is also International Women's Day. Listen on our stream all day.
Read More

Holding Gentrification: Toshi Reagon on What it Means to Build and Unbuild Brooklyn

My Body as Me: Kamala Sankaram Shows Us How to Keep the Look Loose

In this talk at the Red Bull Music Academy Festival, pioneering composer Alvin Lucier recalls definitive and anecdotal moments over his storied career in electronic music and sound art.

Hilton Als is an intellectual omnivore who roots his art and criticism in reality and truth. Als talks with Helga Davis about being comfortable owning your anger and art-making.

In Sarah Jones's one-woman shows, she seamlessly slips into characters of different classes, races and genders. Jones and Davis talk self-love in a culture that teaches self-alienation.

The young Juilliard-trained soprano Julia Bullock is making waves for her stunning performances and bold choice of roles. She talks with Davis about finding her place in today's culture.

For conductor Alejandro Hernandez-Valdez, an attentive and hungry audience is one of the essential parts of creating a transcendent musical experience. He talks with host Helga Davis.

Conductor Alan Gilbert on Building Bridges and Letting Go Together

Alan Gilbert is in his final season as music director of the New York Philharmonic. He talks with Helga Davis about serving a community and the moments in performance he lives for.

Singer-Songwriter Solange on Her Journey, Owning Her Body and Art

The pop star singer-songwriter Solange talks with Helga Davis about finding autonomy in the music business and about being black and beautiful in contemporary America.

Violin soloist Jennifer Koh has never cancelled a gig. Even when she had swine flu. Host Helga Davis speaks with Koh about determination and empathy in this episode of the Helga podcast.

Recently awarded the Pulitzer Prize, jazz composer Henry Threadgill talks with Helga about giving license to your imagination and pushing yourself to go beyond excellence to greatness.

Singer, composer and My Brightest Diamond's frontwoman Shara Nova talks to Helga about choosing a new city, leaning into vulnerability, and how her new names translates to "new song."

Q2 Music's new podcast, Helga, features probing conversations with artists who have a unique voice and a stake in the matter of social change. The first guest is director Peter Sellars.