Adam Davidson appears in the following:

U.S. Battling Other Countries To Be Cheapest Source Of Goods

Jobs Report Better Than Expected, But Still Not That Great

Structural Or Cyclical? The Type Of Unemployment Matters

4.2 Million Americans Were Hired In January (And 4.1 Million Quit Or Got Fired)

One jobs number gets all the attention: The number of jobs lost or gained in the previous month.

That number is important. But focusing too much on the net change in jobs can be misleading. It gives the impression that a job is like a widget — it's something that ...

Adam Davidson, co-founder and co-host of Planet Money, a co-production of NPR and This American Life, and author of the weekly "It's the Economy" column for the New York Times Magazine, talks about current economic issues—whether illegal immigrants really hurt the economy, what would happen if economists controlled the borders, the connection between money and happiness, and waning power of union, the debate over raising the minimum wage, sequestration, and more.

Adam Davidson, co-founder and co-host of Planet Money, a co-production of NPR and This American Life, and writer of the weekly "It's the Economy" column for the New York Times Magazine, looks at the economic impact of Hurricane Sandy.

A cluster of wholesale stores in Manhattan sell a weird mix cheap stuff to small entrepreneurs from Africa and Latin America.

Founders of Planet Money, Adam Davidson and Alex Blumberg, help break down how we got to this moment of European disunion, and what the future may hold for the Euro. 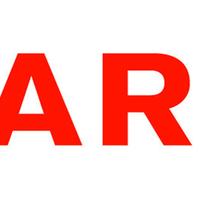 More goods are being produced in American factories that in recent decades, but employment in those same facilities is falling. Adam Davidson, co-founder and co-host of Planet Money, a co-production of NPR and This American Life, discusses the decline of American manufacturing jobs and looks at why the jobs crisis will be so difficult to solve. He's the author of "Making It in America," in the January/February issue of The Atlantic.

What Do The Dow's Daily Swings Mean? Not Much.

Even the guy in charge of the Dow doesn't check it every day. Yet we're constantly bombarded by news of the Dow's daily movements.

Adam Davidson, co-host of NPR's "Planet Money", discusses his Atlantic cover story, which profiles a plant in South Carolina that may serve as a model for the future of manufacturing and job creation in the U.S.

Adam Davidson, co-host of Planet Money and new columnist for the New York Times Magazine, discusses the role that corporate taxes play in the deficit negotiations.

International business and economics correspondent for NPR, Adam Davidson, talks about this week's United Nations International Donor Conference for Haiti and discusses his reporting on the economies emerging out of the rubble in Port-au-Prince.

The international community is committing billions of dollars toward reconstruction in Haiti. NPR’s Adam Davidson discusses the growing skepticism about how effectively that money will be spent and assesses the current state of the economy in Port-au-Prince. Plus, the trouble with patenting DNA; going to college DIY-style; and a preview ...