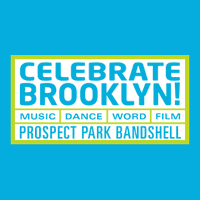 The Prospect Park banshell hosts two months of music, dancing, film screening, drinking and eating entertainment. The majority of the festival events come with a mere $3 suggested donation to keep the bandshell in business. So cough it up and get out there. Click here for our picks. 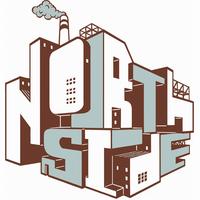 The L Magazine takes Williamsburg and Greenpoint hostage for four days with their second annual Northside Festival. While there are hundreds and hundreds of bands in this musi-plosion, click here for a curated list of our picks. 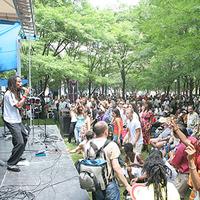 Every Thursday until August 5, at high-noon in downtown Brooklyn, hip-hop and world music can be found. For free! It's all part of BAM's R&B Festival held on the lawn at MetroTech Commons. 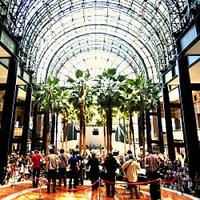 Bang On A Can Marathon

Bang On A Can notes its marathon as "Lollapalooza advised by the ghost of John Cage". It's a mass of musicians, composers, and listeners collaborating on uninterrupted live ear-bending border-crossing music from around the corner and around the globe. The performace is from noon til midnight (in 2007 it lasted 27 hours and 10 minutes!) and this year, its 23rd year, the World Financial Center Winter Garden plays host.