The Public's Shakespeare in Central Park 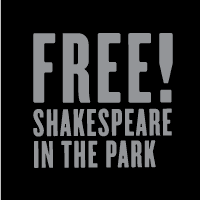 Continuing the work of its founder, Joseph Papp, The Public Theater is dedicated to developing an American theater that is accessible and relevant to all people. Creating theater for one of the largest and most diverse audience bases in New York City for nearly 60 years, today The Public engages audiences in a variety of venues – beginning with Free Shakespeare in the Park. More than five million people have visited the Delacorte Theater for free performances, making it one of New York City’s most beloved summer traditions.