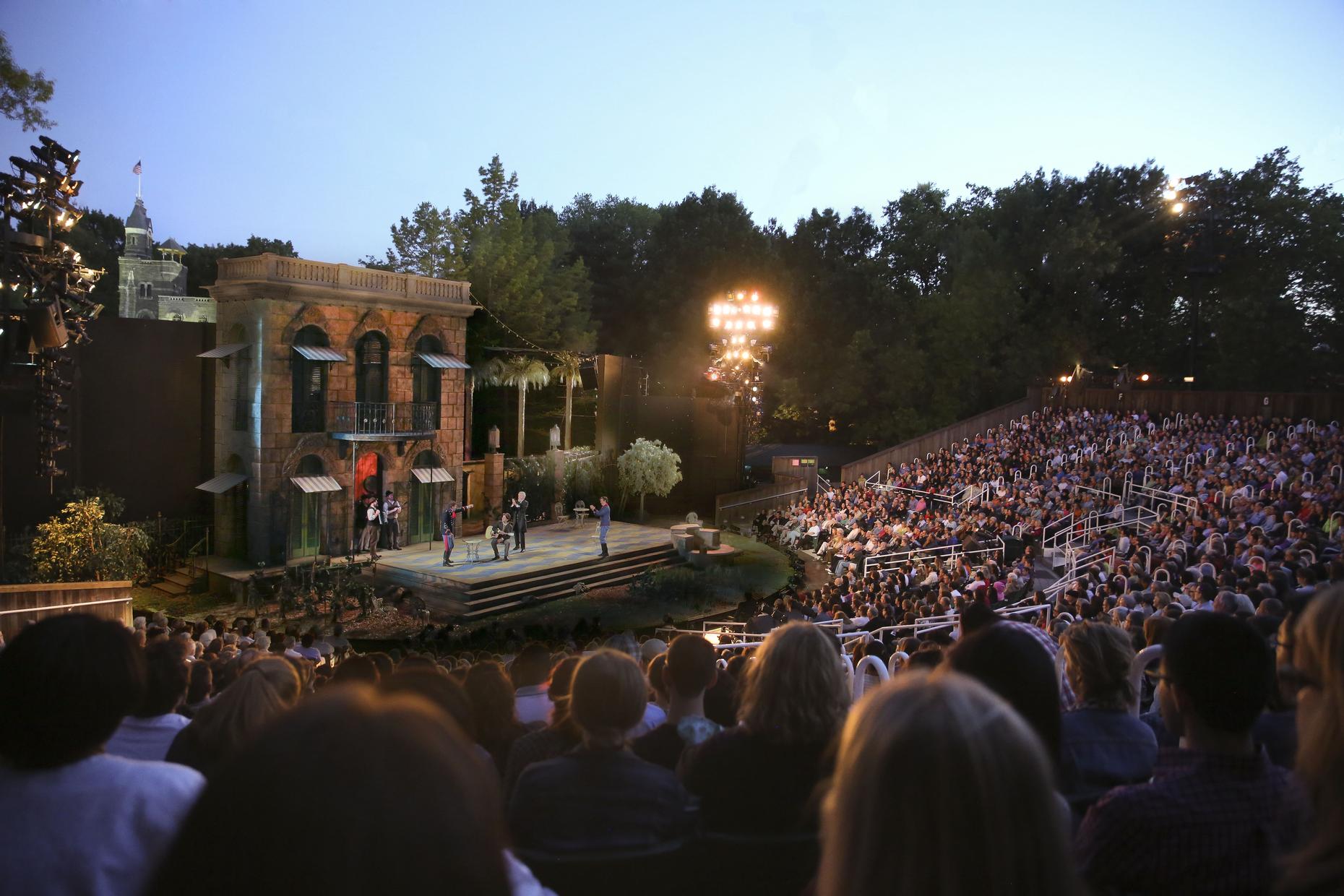 Tickets: Free tickets are distributed 12pm (noon) every day there is a public performance.

The closest entrances to the Delacorte are at 81st Street and Central Park West or 79th Street and Fifth Avenue.

WNYC is a media partner of The Public Theater's Shakespeare in Central Park. This summer's free productions are The Tempest (May 27 - July 5) and Cymbeline (July 23 - August 23).

Academy Award nominee Sam Waterston (Newsroom, Law & Order, The Public’s King Lear) and Jesse Tyler Ferguson(Modern Family, The Comedy of Errors) return in THE TEMPEST, Shakespeare’s classic about young love, old enemies and the eternal magic of storytelling. Exiled to a fantastical island, Prospero unleashes a churning storm to shipwreck the traitor brother who stole his throne and settle the score once and for all. But bitter revenge is upended by newfound love in this sublime masterpiece that proves we are all "such stuff as dreams are made on." Tony Award nominee Michael Greif (Romeo and Juliet, Our Lady of Kibeho, If/Then, Next to Normal) directs.

Tony Award winner Daniel Sullivan (King Lear, The Comedy of Errors, Proof) directs the Shakespearean fairy tale CYMBELINE, featuring Tony nominee Lily Rabe and Hamish Linklater. In the Shakespearean fairytale CYMBELINE, Princess Imogen’s fidelity is put to the royal test when her disapproving father banishes her soul mate. Cross-dressing girls and cross-dressing boys, poisons and swordfights and dastardly villains all take the stage in this enchanting romp about the conquering power of love.