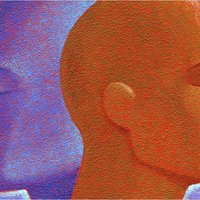 WNYC is a media partner of the “Rethinking Mortality: Exploring the Boundaries between Life and Death lecture series at the New York Academy of Sciences. The topic Confronting Mortality: Faith and Meaning across Cultures will be discussed  Wednesday, February 5. 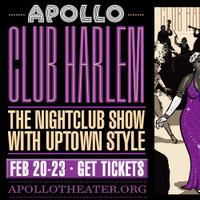 WNYC is a media partner for the Apollo Theater’s Apollo Club Harlem. The 90-minute revue transports you into a Harlem nightclub from the 30s and 40s created inside the Apollo Theater. Featuring MAURICE HINES, “Boardwalk Empire’s” MARGOT B, KEVIN MAHOGANY, THE WONDERTWINS, a 16-piece big band and a chorus line of “Red Hot Steppers”. Thursday, February 20 to Sunday February 23. 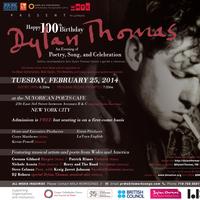 WNYC is a media partner for “Happy 100th Birthday Dylan Thomas” An evening of poetry, song and celebration in honor of Welsh poet Dylan Thomas. At The Nuyorican Poets Café.  Tuesday February 25. 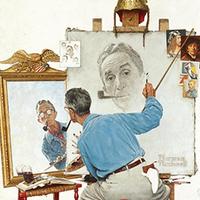 WNYC is a media partner for The Newark Museum's exhibit American Chronicles: The Art of Norman Rockwell.  Tracing the evolution of Rockwell’s art and iconography throughout his career.  Now to Monday, May 26.