"Know The Past, Find The Future" The New York Public Library at 100

Marking the centennial of the New York Public Library’s Beaux-Arts landmark at Fifth Avenue and 42nd street, now called the Stephen A. Schwarzman Building, know the Past, Find the Future harnesses the thoughts of an eclectric gathering of notable people as they ponder an even more eclectic assortment of objects. ...

Join Radio Lab host, Jad Abumrad's presentation of 3 musical acts during a live taping for an upcoming podcast: Glenn Kotche, Buke and Gass, and a surprise special guest. Each act has a distinct, one-of-a-kind sound, but all three share a spirit of exploration and musical adventure. The evening will ... 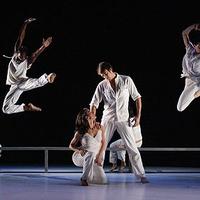 A contemporary dance piece that explores the corruption of innocence, and questions the value systems of our times.