We’re having trouble with WNYC.org. Please visit Gothamist.com for the latest news. 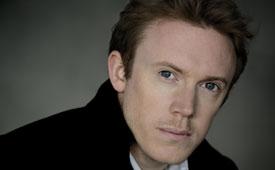 Born in Oxford, England, Daniel Harding began his career assisting Sir Simon Rattle at the City of Birmingham Symphony Orchestra, with which he made his professional debut in 1994. He went on to assist Claudio Abbado at the Berlin Philharmonic and made his debut with that orchestra at the 1996 Berlin Festival.