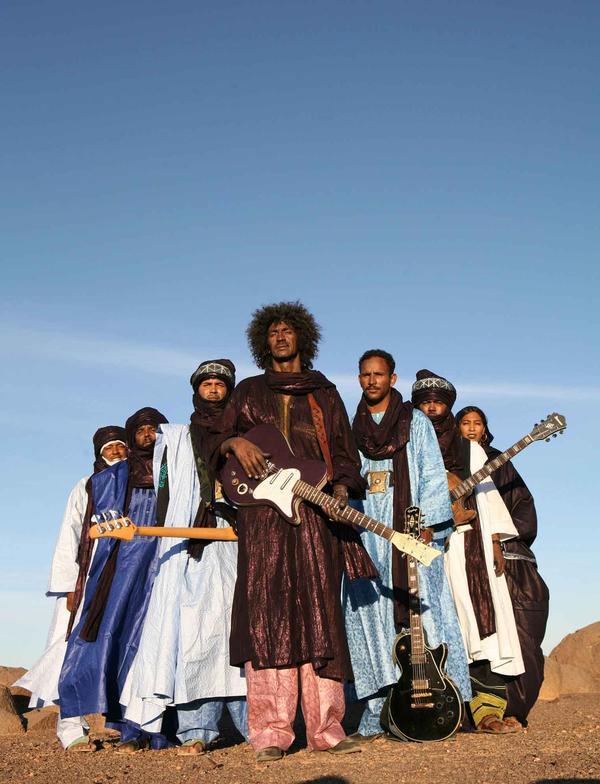 Energizing rock rhythms and unexpected up-tempo dance beats from Africa and the Middle East will make you rethink party music.

Formed in 1979, Tinariwen rose to prominence in the 1980s as the pied pipers of a new political and social conscience in the southern Sahara, becoming icons to a generation of young Tuareg living in exile in Algeria and Libya.

Since 1994, Omar Souleyman and his musicians have reigned supreme as a staple of Syria’s dance-folk-pop scene. To date, they have issued more than 500 studio and live recorded cassette albums.

Toubab Krewe has set a new standard for fusions of rock ’n’ roll and West African music. The North Carolina musicians developed their unique sound over the course of numerous extended trips to Mali, Guinea and the Ivory Coast.