One in two men and one in three women will have a single diagnosis in common: cancer. For years, this was a shameful secret. Now, a huge number of us are “living cancer” – whether we’re being treated ourselves, or helping a family member or friend. 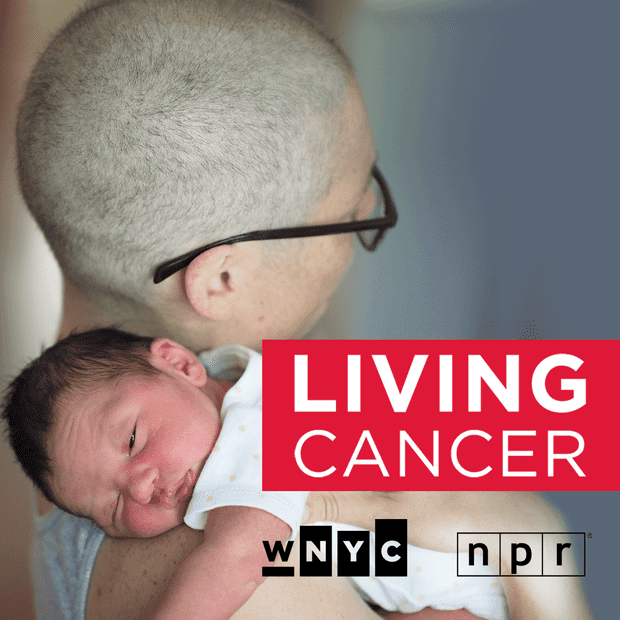 Mary Harris found out she was pregnant the day before she had scheduled surgery for breast cancer.
(WNYC)

WNYC’s Living Cancer series takes you inside the shifting science of cancer treatment.  New drug protocols offer hope for many, while remaining just out of reach for others. Research scientists are working to discover the root causes of cancer, but the disease process is often too complicated for simple explanations. And as more and more of us survive a cancer diagnosis, what originally seemed like a medical crisis can become part of an everyday routine.

Our reporting on cancer is a collaboration with NPR and WETA, in conjunction with Cancer: The Emperor of All Maladies, a three-part documentary from Barak Goodman, presented by preeminent filmmaker Ken Burns, which aired on PBS starting March 30th, 2015. Living Cancer aired from February to April of 2015.

The above playlist is a compilation of the following pieces from the series:

The below playlists contain parts 1 and 2 of On the Media's "The Cancer Show," a deep dive into the way we talk about cancer: in the news, in the hospital, and in our private lives.