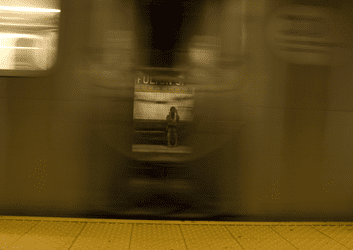 This was taken in the Fulton street station in New York around two summers ago. It was inspired by the fleeting arrival of long awaited subway trains, and made possible by luck. This fleeting coming and going of a long expected object I feel is deeply tied into New York city in general, as this city - that which never sleeps - is full of these fleeting moments. One must always be on their toes to catch them, and then once they pass, ready to move on again in search of another.